HWANG EUI-YOUNG
The author is a construction and real estate news reporter of the JoongAng Ilbo. 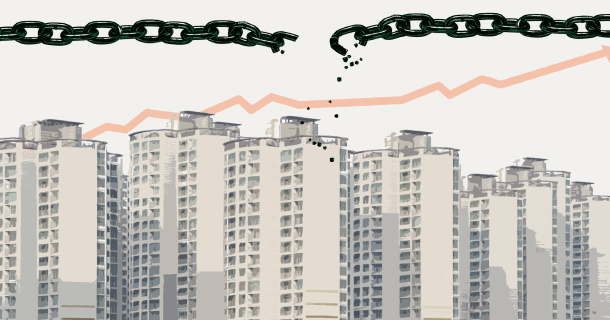 The Ministry of Land, Infrastructure and Transport and the city of Seoul spotted overheated housing prices in Seoul and began a speculation crackdown on Aug. 13. However, real estate brokers in Gangnam, Yongsan and Yeouido don’t seem to care. “With the joint crackdown and additional regulations, the housing price will only go up,” they say. They are sarcastic about additional regulations on expanding speculation zones. Housing prices are laughing at government measures.

In fact, the rate of apartment price increase in Seoul last week was 0.18 percent, the same as the previous week, according to a Korea Appraisal Board. With growing anticipation for integrated development, the price of some apartments in Yongsan and Yeouido rose by more than 100 million won ($89,174) in a month. The industry views it as a sort of “learning effect.” Before and after the real estate control measures on June 19 and Aug. 2 last year, the government used some threats such as site inspections and issued regulations. The housing price staggered for a while, only to increase again.

The latest increase in the housing price in Seoul, including Gangnam, is due to various factors. Firstly, the demand control that does not reflect the market mechanism of supply and demand is one of the causes. Regulations such as collecting surplus profits from reconstruction and reinforced safety inspections blocked the way to increase supplies and the scarcity value of apartments in Gangnam increased.

A more fundamental cause is the overflowing demand. Seoul has a concentration of infrastructure, transportation, culture, industry and education. So residents of Gyeonggi province and Incheon city would want to move to Seoul once the housing price goes down. The number of people looking for houses exceeds the number of available houses. Without resolving the surplus demand, the housing price issue cannot be resolved. Appropriate supply measures are needed.

The government needs to reconsider the stance of blaming speculators. Experts say that it is hard to distinguish actual demand and speculation. The psychology to live in areas with a better living environment and educational conditions and the expectation to enjoy profit from price increase is human nature. There are many areas in Seoul that are classified as adjustment target and overheated speculation, and 11 districts, including Gangnam, Mapo and Yongsan, have “triple shackles” including the designation of a speculation zone. To buy a house, the housing loan is limited to one per household, and for a loan of more than 300 million won, a financing plan needs to be submitted to the district office.

The government, city of Seoul and National Tax Service are on the lookout. If housing prices go up, maybe they should consider why their policies have failed.