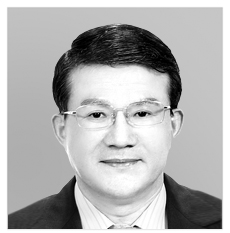 Song Seung-jong
The author, a former defense attaché of the Korean Embassy in Switzerland, is a professor of military studies at Daejeon University.

Two months have passed since the so-called summit of the century between the North Korean and U.S. leaders in Singapore on June 12. It first seemed that the denuclearization of the North would proceed quickly, but a standstill came instead.

The North is now criticizing the idea of complete, verifiable and irreversible denuclearization as an “ignorant argument.” North Korean leader Kim Jong-un is now traveling around the country to give field guidance for economic development.

Kim spent his adolescent period from 1994 until 2000 in Switzerland. He is known to have attended the International School of Berne. Some say he speaks fluent English and German. He reportedly enjoyed skiing and basketball during his study abroad. He is known for his love of Swiss-made luxury watches and Emmental cheese.

He used to urge North Korean officials to create Swiss-style gardens and a water park with the goal of creating the Alps of Korea. Switzerland is a second homeland for Kim. What has he learned in the country? I worked as a defense attaché at the Korean Embassy in Switzerland and I have some theories based on my personal experience. 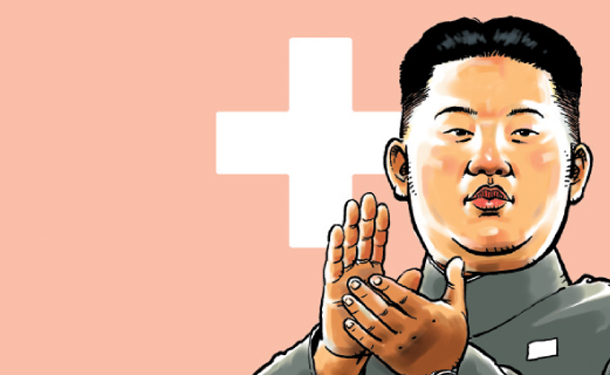 First, he must have learned that tourism is a goose which lays golden eggs. About 60 percent of Switzerland is mountains, but it turned this disadvantage into an advantage by making them a tourism resource. Revenue from tourism in Switzerland is over 40 trillion won ($35.7 billion). Kim is expected to promote a nuclear-free North Korea to earn foreign currency and develop the tourism industry of the North such as the Masikryong Ski Resort and Wonsan-Galma tourist zone.

Second, he must have learned about perfectionism. The country has produced 26 Nobel Prize winners, the sixth highest in the world. The ratio per population is the world’s highest. Its national income per capita is $80,000. It is the world’s most competitive economy and ranks at the top of the Gross National Happiness list.

Such records are backed by extremely strong professionalism and craftsmanship. Kim recently criticized party and government officials during a field guidance tour for being “poor,” “shameless” and “inferior.” Kim must have been used to the perfectionists of Switzerland, and he must have been stressed to see the North Korean officials’ practice of making baseless promises to him.

Third, he might have discovered a model of national development in Switzerland. The country is surrounded by European superpowers such as Germany, France and Italy, but this small and neutral country is strongly holding onto its independence. Without joining the European Union, it is also making steady economic growth.

The country has a tight network of monitoring from the grass-root level. When a stranger visits a supermarket in a village, police will soon show up based on reports and check his or her identification. In tourist areas, lawns are mowed perfectly by authorities to demonstrate the level of perfectionism. But short-term visitors hardly realize the mechanism that forces safety, order and cleanness in the country. If a similar network will work in the North, there will be no need for an additional safety net to prevent the harms of capitalism.

Last, Kim must have realized the unique character of Switzerland as a mountainous area. The characteristics are similar to the disposition often seen among the people of an island country. The tastes of beer and cheese are different for each and every valley in Switzerland.
The people seem friendly and open to outsiders, but they rarely show their true feelings. Although Switzerland is located at the center of the European continent, it prefers its status as an isolated country. Such duplicity could be a charming inspiration to Kim.

Kim must have strong memories of a luxurious life in Switzerland. He, therefore, is putting all efforts to ease sanctions on the North to attract foreign capital in order to earn cash with tourism resources in the short term. That is why he is aggressively seeking a declaration to end the Korean War.

Nuclear bombs hidden in underground bunkers are the major premise of this scenario. In 2013, Kim announced a dual-track policy of simultaneously developing North Korea’s economic and nuclear programs, but he announced a new economic development policy at a meeting with the Central Committee of the Workers’ Party on April 20 this year.

We must not make a hasty conclusion that the shift to concentrate on economic development means a complete, verifiable and irreversible denuclearization. Denuclearization of North Korea will be done when Kim feels the time is right.