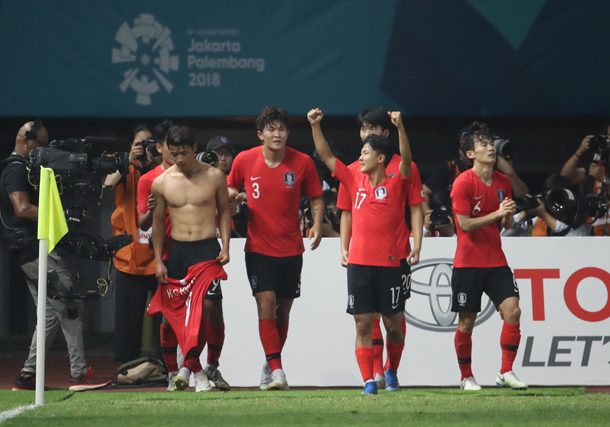 The Korean men’s football team defeated Uzbekistan 4-3 in the quarterfinals at the 2018 Asian Games at Patriot Chandrabhaga Stadium in Bekasi, Indonesia on Monday.

With another hat trick, Hwang Ui-jo is the leading scorer of the tournament, with a total of eight goals at the Asian Games.
Korea will play its semifinal match on Wednesday against the winner of a match between Vietnam and Syria.