President Moon Jae-in is expected to announce a major cabinet reshuffle this week, replacing his ministers of defense, education, environment, employment and labor and gender equality and family, a high-level Blue House official exclusively told the JoongAng Ilbo on Monday. 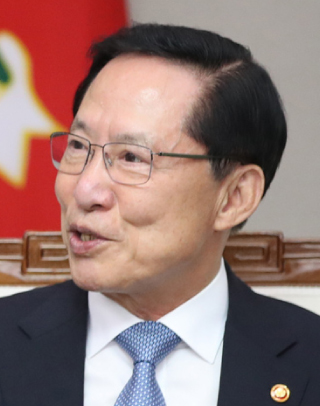 The ministers of justice and trade, industry and energy will likely remain in their jobs, said the source.

Plans to change core members of the Moon administration come amid sinking approval ratings for the Blue House chief, which hit an all-time low of 55.6 percent in the third week of August, according to a national poll by Realmeter. The figure marked a precipitous fall from a 75.4 percent high eight weeks earlier in the second week of June, shortly before the first summit between U.S. President Donald Trump and North Korean leader Kim Jong-un, in which Moon played the role of middleman.

Moon is said to have tentatively decided to fire National Defense Minister Song Young-moo and tap Gen. Jeong Kyeong-doo, current chairman of the Joint Chiefs of Staff, as his successor. Last month, Song was accused of turning a blind eye to a martial law plan that the military’s Defense Security Command drew up in March 2017 before Moon was elected.

A source in the ruling Democratic Party with knowledge of the replacement said Moon once thought about tapping a non-military officer for defense minister in light of his plans for military reform, which would give more civilian oversight of the armed forces. Moon changed his mind after considering national security circumstances.

Jeong is said to have canceled plans to go on vacation this week.

Kim Young-joo, minister of employment and labor, may be replaced by either former Vice Employment Minister Lee Jae-gab or Lee Jae-hung, president of the Korea Employment Information Service, according to a government official, who added that the former has better prospects of getting the job.

Kim will take the fall for a plummeting in new job numbers, which many believe was caused by a 16.4-percent minimum wage increase that went into effect at the beginning of the year, raising it to 7,530 won ($6.78) per hour from 6,470 won last year. Her ministry was responsible for the raising of the minimum wage.

Education Minister Kim Sang-gon may be fired for igniting a public outcry over the ministry’s reforms to the national college admissions system, which many said aren’t ambitious enough. The Blue House has yet to decide on a successor, but one strong candidate is said to be Democratic Party Rep. Yoo Eun-hae, who is affiliated with the parliamentary Education, Culture, Sports and Tourism Committee. A Blue House official hailed Yoo for having expertise in education, adding she’s also been considered for minister of gender equality and family.

Environment Minister Kim Eun-kyung will probably be forced to leave after the ministry caused public mayhem in April over how to discard recyclables. Democratic Party Rep. Woo Won-shik is likely to be a candidate.