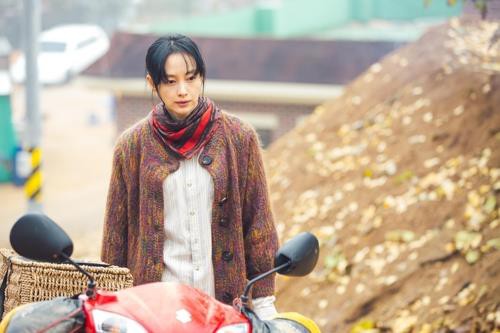 
”Beautiful Days,” a South Korean drama about the agony of a female North Korean defector who settled in the South, is set to open the 23rd Busan International Film Festival (BIFF) next month, the organizer announced on Tuesday at a press event.

Director Yun Jero’s film starring Lee Na-young follows the life of a defector who gives birth to a son at an early age and abandons her husband and child to defect to South Korea.

“We paid attention to four things in terms of the progress of the film’s story,” Jeon Yang-jun, executive director of the festival, said of the opening film during a press conference in Busan to announce this year’s lineup. “While it depicts family disintegration, it ultimately tells the story of family restoration. We also took into consideration its timely topic.”

The festival will close with “Master Z: The Ip Man Legacy,” the latest from Hong Kong director Yuen Woo-Ping, an influential filmmaker best known for his work in action choreography.

The 23rd edition of the festival will take place from Oct. 4 to 13 at five cinemas, including the Busan Cinema Center, in Busan, 325 kilometers (202 miles) southeast of Seoul, and will feature 323 films from 79 countries. The numbers are up from last year’s 300 films and 76 participating nations. The festival will feature the world premiers of 115 films, including 85 feature and 30 short films.

Among the highlights of this year’s event is a new category called “Busan Classics,” in which movies with great significance in world film history will be screened. Thirteen films will be shown in the section this year.

To commemorate the centennial anniversary of Filipino cinema, BIFF will put on an exhibition and special screenings of 10 classic films from the industry.

Kim Hong-joon, a professor of the Korea National University of Arts, will lead five jurors for the New Currents competition section.

This year’s festival will also present a retrospective screening of eight films by Lee Jang-ho, one of the most prominent Korean filmmakers. The lineup includes his directorial debut, “Heavenly Homecoming To Stars” (1974), as well as films such as “Good Windy Days” (1980), “Children of Darkness” (1981), “Widow Dance” (1983) and “Declaration Of Fools (1983).”

With the return of BIFF Chairman Lee Yong-kwan, the former executive director, this year’s BIFF is seen as a turning point that will solidify the identity of the festival.

Lee, along with Jeon, are the co-founders of BIFF but were forced to leave the festival in 2016 due to a controversial government censorship scandal during the previous administration.