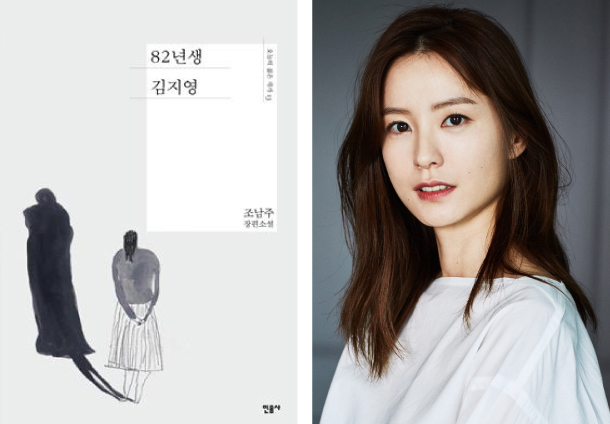 It doesn’t seem particularly odd that a book that sold a million copies in three years would be made into a movie. But when that book is known for advocating for feminism in Korea, then it’s another story. After it was announced that the best-selling book “Kim Ji Young Born 1982” by author Cho Nam-joo would be made into a movie, an anti-feminist backlash hit the entertainment world, and a number of female actors have become victims of online attacks.

On Wednesday, actor Jung Yu-mi’s agency Soop Management announced that Jung will be playing the lead role of Kim Ji-young in the upcoming movie. Immediately after the news broke, people bombarded Jung’s private Instagram account with insults and demands that she step down from the role.

“Your career was so perfect until this,” read one of the many disparaging comments that were posted on her most recent post, which had nothing to do with the role she had recently been cast in. Some comments even went so far as to say, “You dumb bitch.”

There was even an online petition uploaded on the Blue House website on Wednesday night. The petition’s creator, who identified himself as a 19-year-old student, argued that “The biased perspective on society viewed only from a certain gender’s point of view is too subjective. If this is put onto screens, then it goes against the gender equality that Korea should be pursuing.” As of Sunday afternoon, the petition had 280 signatures.

The book follows the life of 34-year-old Kim Ji Young, who used to believe that she was living a relatively happy and average life, until one day, when she is out on a stroll with her young daughter. Kim, having quit her job to take care of her child finds herself scorned by strangers on the streets, saying that she’s a good-for-nothing stay-at-home mother who’s free wheeling through life on her husband’s good blessings. After this, Kim looks back on her life and all the moments she or her close female acquaintances were treated unjustly because they were women.

The title is an homage to Korean women in their mid-30s, who were born into a sexist society but later realize that it could have gone a different way. The name, Ji-young, was a popular and very common name for women born during the 1980s. Author Cho explained to the JoongAng Ilbo that she decided to write this book when “a celebrity wrote a column that said feminism is more dangerous than IS [Islamic State].”

“Just like Kim Ji-young, I grew up without knowing that the problems were real problems,” said Cho. “I have a big brother who’s much older than me, then an older sister who’s a little closer to my age. When my mom was out working, my sister and I, from a very young age, had to take care of the meal for my father and brother, who were both adults. Those kinds of subtle injustices felt very natural. That’s how I was taught to feel.”

Although the story takes on a very calm tone and grounds itself in facts and figures that the author cites throughout the story, many male readers have spoken out against the book, claiming that it is biased and over-generalizes men as the oppressors. Though some criticisms may be valid, online critics have been quite explicit in their dislike towards the book. The hostility has extended to people who openly support the book’s messages or even those who simply state that they have read it. 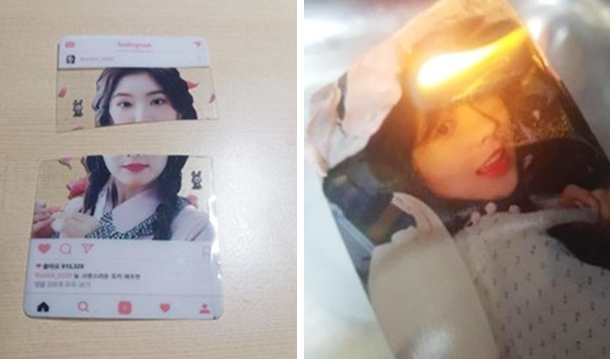 When Irene of the girl group Red Velvet revealed that she had read “Kim Ji Young Born 1982” during a fan meet-and-greet event in March, some male fans uploaded pictures of them burning and cutting up her photos. [SCREEN CAPTURE]

In March, Irene of the girl group Red Velvet said that she had recently read “Kim Ji Young Born 1982” at a fan meet-and-greet event. Shortly after, some men expressed their disappointment in the singer by posting pictures of them burning or tearing her photograph, while flooding her social media accounts with insults.

Other female celebrities who were at the receiving end of vicious comments for admitting that they had read the book include Choi Soo-young of Girls’ Generation, AOA members Seol-hyun and Yuna, actor Nam Ji-hyun and actor Jung Ryeo-won.

Despite the hostility from anti-feminists, the book’s sales are still steadily rising, even more so on days after a female celebrity opens up about having read the story.

“The book’s sales went up by more than two times compared to the week before the Irene situation,” said bookseller Yes24 in March. The sales for the upcoming week have yet to be published.

The movie will be directed by actor-turned-auteur Kim Do-young, who took the helm for “The Monologue” (2018) and “Nothing” (2014). Shooting will begin early next year.