Biegun boomerangs back to Seoul

Biegun boomerangs back to Seoul 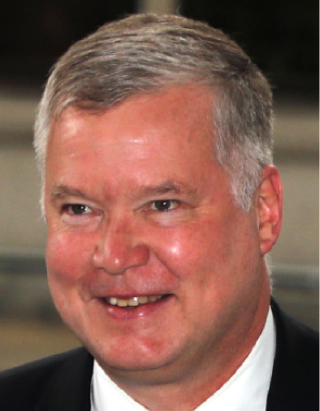 A U.S. top nuclear envoy met with his South Korean counterpart Saturday to discuss a war-ending declaration and North Korea’s denuclearization ahead of next week’s inter-Korean summit.

Stephen Biegun arrived in Seoul earlier in the day, following trips to Beijing and Tokyo, where he met with his counterparts. He is to meet key officials in South Korea during his two-day stay here.

It was his second trip to Seoul in less than a week.

Biegun held a meeting with Lee Do-hoon, South Korea’s top nuclear envoy, during which the U.S. negotiator briefed Lee on the outcome of his trip to China and Japan, according to diplomatic sources.

They are also known to have consulted on practical ways to realize denuclearization of the Korean Peninsula, a key agenda item for the inter-Korean summit that will be held in Pyongyang from Tuesday to Thursday.

The two officials are said to have focused on discussing denuclearization steps that the North should take and the declaration of an end to the 1950-53 Korean War.

Denuclearization talks between the U.S. and North Korea have been stalled since their leaders’ historic summit in Singapore in June.

The North has strongly called for the war-ending declaration in response to what could be the dismantlement of its nuclear test and missile launch sites. But the U.S. first wants action by Pyongyang toward denuclearization, such as the submission of a list of nuclear weapons.

Earlier in the week, the former Ford Motor Company executive made his first trip to Seoul since his inauguration, during which he paid a courtesy call to President Moon Jae-in and held meetings with officials, including Unification Minster Cho Myoung-gyon and Seoul’s top nuclear envoy Lee.

He has returned to Seoul days before Moon and North Korean leader Kim Jong-un are to meet in Pyongyang for their third summit meeting, which is expected to focus mostly on denuclearization and inter-Korean relations.