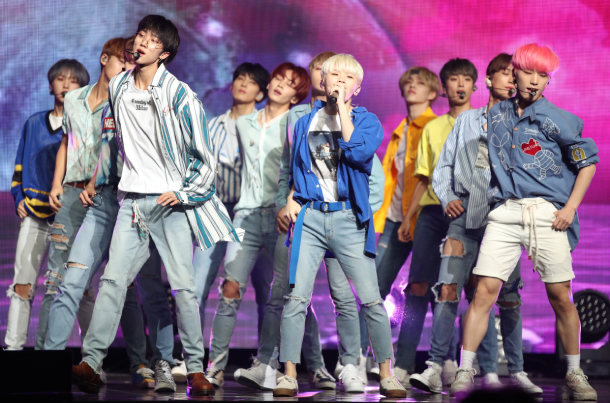 Boy band Seventeen will return to Seoul to perform two encore concerts on Nov. 3 and 4 at the KPSO Dome in Songpa District, southern Seoul, their agency Pledis Entertainment announced on Wednesday.

The group kicked off their “IDEAL CUT” tour on June 28 in Seoul and then headed abroad to perform in Hong Kong, Japan, Indonesia and Malaysia.

Pre-order tickets for the encore concert series in Seoul will be available to the group’s fan club on Sept. 28 via Melon Ticket, and tickets will go on sale for the general public on Oct. 2.

Currently, Seventeen is preparing for their Singapore concert which will be held on Sept. 21. The world tour is set to end with a round of shows in Taipei on Oct. 6 and Oct. 7.