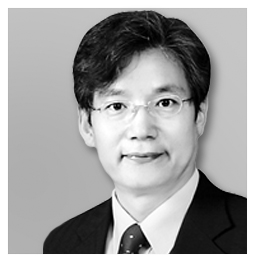 The Soviets knew the importance of the economy. The Soviet economy nearly collapsed as a civil war erupted following the 1917-1918 Russian Revolution. Industrial output plunged 70 percent compared to the pre-revolution period. Vladimir Lenin recalled most state-controlled policies and introduced a so-called New Economic Policy that included a free market and capitalism. Under the mixed economic system, private enterprises were introduced in both farming and industry. He had to compromise in order to maintain his dictatorship. Mikhail Gorbachev, who became General Secretary of the Communist Party in 1985, had to mimic rival communist state China in its opening policy to resuscitate an economy on the point of breakdown.

Kim is in a worse state. He wants to rule for life and sustain the Kim dynasty. American economist Mancur Olson argued that there are two types of anarchy — a roving bandit and a stationary bandit. The former only has the incentive to steal and destroy, whereas the latter has a will to encourage a certain degree of economic success to stay in power long enough. A stationary tyrant can be ruthless, but nevertheless pays attention to developing the economy. Kim could be more fretful about the economy than his father, who succeeded to power in his 50s.

The society and the people also are not the same as during his father’s period of rule. The surge of market activities since the mid 1990s has fundamentally changed North Korea. Over 70 percent of North Koreans earn their livings off unregistered market activities and more than 70 percent of family income comes from the black market. In the market, people choose what they wish to buy and can make or lose money. Long gone are the days when North Koreans were content with being fed what the state gave them and living on what the state pays them. In the days of rationing, a sense of individualism did not exist. Today, however, North Koreans have become aware of individualism through the market space.

Markets spell doom to collectivism and are the birthplace of individualism. According to a poll of North Korean defectors by the Unification Institute of the Seoul National University, the percentage of respondents preferring individualism over communalism shot up to 90 percent in 2018 from 80 percent in 2012. The non-mainstream learned they could live differently through the market. The market has shaken the roots of North Korean society.

Kim is less lucky than his father. Kim Jong-il was able to rule until his death because his people were secluded in the hermit kingdom. Absolute loyalty was possible even while people starved when community values came first. Over 700,000 people died of hunger during the great famine (also known as the “Arduous March”) in the 1990s, and yet Kim Jong-il’s power was not challenged. But today’s North Korean leader faces an entirely different people. They prize themselves and their family over the community. If their longings cannot be met, Kim’s regime is at risk. The young leader gave up the simultaneous pursuit of nuclear weapons and economic development for an economy-first policy this year.

Although insecure, North Korea could live without nuclear weapons. A normalized relationship with the United States and a peace regime can ensure greater security. But an economic collapse could mean the end for Kim. Seoul must make it clear to Pyongyang that no economic cooperation is possible unless North Korea becomes fully nuclear-free. Otherwise, North Korea may want to keep everything — weapons to some extent, easing of sanctions, economic aid and a peace treaty. Washington for sure won’t agree to easing of sanctions or striking a peace accord with uncertainty lingering over the denuclearization front.

Seoul and Washington together with other states must specifically outline what economic benefits Pyongyang can expect from surrendering its nuclear weapons. Complete denuclearization cannot be ensured through mere promises that North Korea could live better when it goes nuclear-free. Denuclearization and normalization of inter-Korean ties cannot be achieved without leveraging the economy. The fate of the Korean Peninsula hinges on what the two Koreas and the United States can agree to on the future of the North Korean economy.