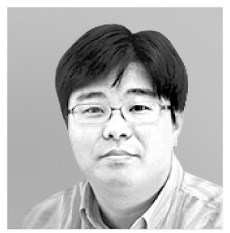 The author is a bio and brain engineering professor and the dean of Moon Soul Graduate School of Future Strategy at Kaist.

The writer and illustrator Yoko Sano calmly describes her life after breast cancer surgery in her book, “What Does IT Mean To Live.” As her hair fell out as a result of anticancer treatments, she went to a hair salon and shaved her head. She smoked every day because “now that I have the pain of cancer, comfort from alcohol and cigarettes should be allowed.”

“Cancer is a good illness. Visitors come frightened and bring melons,” Sano once said. She seemed to have overcome the meaning of life. While she wrote, “One in three people get cancer,” she confessed that depression was harder than cancer itself. People around her were steadily growing cold and disappearing. She concluded that she changed very much after people around her left her.

“Do I have to live tens of years as someone who cannot die? I envied the cancer patients.” How could she envy cancer patients? I cannot even guess how painful depression could be. According to the World Health Organization, 350 million out of 7.5 billion people around the world suffer from depression, and more than 600,000 Koreans are depressed. Far more people feel lethargic and depressed, even if they do not suffer from a serious case of depression.

These days, people almost never fail to mention over dinner how depressing their lives are. There is a reason why “I Want To Die But Want To Eat Ddeokbokki” has remained on the bestseller list for so long. It means that the book has become a social phenomenon and reflects the times.

Korea may have the largest number of depressed teenagers who have an urge to jump from apartment terrace because of excessive competition. Young people are also depressed and spend hopeless days, calling the country “Hell Joseon.” Society seems to tell them to give up, as dating, marriage, getting a job and buying a house would not be a part of their life’s happy journey.

The suicide rate of the elderly in Korea is the highest in the world. As their social lifespan has decreased, those who were devoted to work and neglected their families don’t have much consolation in life and lack a pension. While the per-capita national income is approaching $30,000, the economic growth is a dishonorable decoration at a cost of foregone happiness.

After reading Tamami Katada’s “Depressed People of the Rich Country,” I wonder if Korea is going down a similar path. Korea, where people work the longest hours and have the least satisfaction in life, seems similar to Japan in the past. Just as the title of the book suggests, depression has been a social phenomenon in Japan for a long time.

After a prolonged economic slump, the author concluded, Japan has become a society where “it was not strange to become depressed.” People repeat the routine in their lives with anxiety as they don’t know when their salaries will be cut or they will be laid off. People with good resumes have a hard time finding a full-time job. Japan’s past is similar to Korea’s present. Prices are rising, but it is hard to maintain quality of life with a salary, and people increasingly pursue small but certain happiness running convenience stores. Middle-aged people supported their parents and dashed forward to satisfy their expectations, but their children want to be independent and won’t support their parents. It is a very hard time for middle-aged people.

What are we running for when we are not happy? Lately, as a few people I loved passed away, I ask the same question. Where are we headed? What are we after? We need to take time to reflect on life.

If you sympathize with those confessions of people who feel like giving up and ending their lives, you need to stop and reflect. If you are running just because you’ve been running and others are running, you need to stop. Life is not a marathon or a sprint, but an exploration, a journey and a stroll.

“A fire at one end and a fool at the other,” the American writer Kurt Vonnegut cynically called himself. His sarcastic but insightful humor made readers contemplate, but he also wrote, “There are real life situations so hopeless that no relief is imaginable.” He said the prescription for shedding societal despair is jokes and humor. When we are depressed but don’t have friends that can help, they are the gift we need so we can take another turn on life’s path.