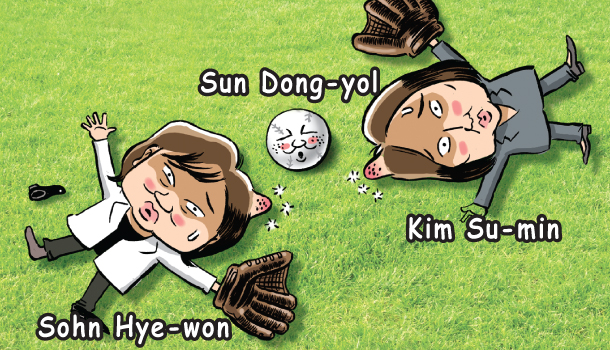 At a parliamentary audit for the Sports Ministry on Wednesday, Rep. Sohn Hye-won of the Democratic Party and Rep. Kim Su-min of the Bareunmirae Party reprimanded Korean national baseball manager Sun Dong-yol for his roster selection for the 18th Asian Games in Indonesia this summer. They argued that Sun chose some players just to help them get their exemptions from mandatory military service. Sun rebutted their allegation and reiterated his position that there was no wrongdoing in the roster selection.