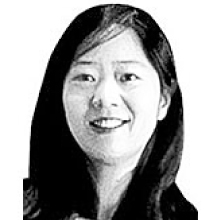 When Moon Jae-in led the main opposition party, it attacked the conservative government for being responsible for “Hell Joseon,” a sardonic lament by young people about the hopelessness of their futures. Cho Kuk, a law professor at Seoul National University and iconic progressive popular with young people on social media, defined the nation as “Hell Joseon” on his Facebook feed in late 2015. “Without a change in the ruling power, the Republic of Korea [the formal name for South Korea] will sink deeper into a pit, and Hell Joseon will replace the democratic republic.” Cho called upon the young to stand up and “flee from Hell Joseon.” Today, he is Moon’s secretary for civil affairs.

Jang Ha-sung, Moon’s policy chief, published a similarly provocative op-ed in the JoongAng Ilbo around the same time. In a column entitled “To turn Hell Joseon into Heavenly Korea,” the progressive economics professor at Korea University said the country has no future if young people in their 20s and 30s remain complacent about the existing regime and indulge themselves in mere self-development and entertainment.

He urged the young to rise up and fight to end the practices of irregular job positions and internships that don’t exist in other countries. He implored young people to rage against such outrageous conditions and do something about them.

The progressive or lefist elite challenged young people to overturn the power structure in a hopeless society where they cannot find decent work beyond part-time or contract-basis jobs no matter how hard they try because of exploitative practices of the mainstream. Kim Moo-sung, then-head of the ruling Saenuri Party, lamented this dystopian portrayal of a country whose economic prosperity and advances many others envy. Moon, the head of the main opposition party, criticized Kim for being so clueless about the young people’s sense of hopelessness, which was so deep that they regarded their nation as hellish, a condition the ruling party was largely accountable for.

The outrage over the handling of the Sewol ferry crisis did not die down and then a scandal over power abuse by the president and her manipulative best friend led to mass-scale protests for months that eventually ended up impeaching and removing the president. Choo Mi-ae, head of the Democratic Party, who became the ruling party after Moon won the May snap election, declared that Hell Joseon was no more as Korea now had Moon Jae-in as the president. The hype about becoming self-exiles like the fictional heroine who emigrated to Australia in the 2015 novel “Because I Hate South Korea” by Jang Kang-myung petered out. Hope was in the air as if the society had passed the dystopian period and was heading into an era of a new Korea heralded by Cho and Jang, who moved into the Blue House with Moon.

Seventeen months have passed since the liberal government took office. Data suggests there’s still a lot of hell around. People are not merely talking about leaving this hopeless country. They are doing so. A record number of people have renounced Korean citizenship. The total of 1,000 in 2015 and 2016 surged to 1,905 in 2017 and reached 5,804 in the first half of this year. In just July and August, 1,600 people gave up Korean citizenship. Seven out of ten (72.3 percent) opted for American citizenship.

Some say people rushed to renounce their citizenship ahead of a new ethnic Korean act that took effect on May 1. The Justice Ministry said the number was exceptional because the government got around to paperwork that had been put off due to a lack of manpower. There could be many reasons, but the main one is surely because Korea has become a tough place to find work.

Since the minimum wage went up by double digits at the beginning of the year, the job situation has been deteriorating at an unprecedented pace. The number of unemployed reached 1,129,000 on average from January to August, the largest tally since data was compiled from 1999. The jobless rate among people aged 15 to 29 hit 10.1 percent by the end of June. The government even had to force public institutions to employ temporary hires to improve the job numbers.

Yet, the government refuses to smell the sulphur. Moon ordered the administration to increase public relations since quality jobs were on the increase.

Loyalists of the liberal government complain that they cannot work miracle on an economy wrecked by conservative governments that were in power for nearly a decade. In his book “Lessons for the 21st Century,” historian Yuval Noah Harari raised a simple notion. Many wish to live in the United States, Germany, Canada and Australia. But he has not seen anyone whose dream is to emigrate to Russia. He claims people vote with their feet. If the liberal elite in power follow where the ordinary people are headed, they would realize that many are shunning the Korea of today, not the past.