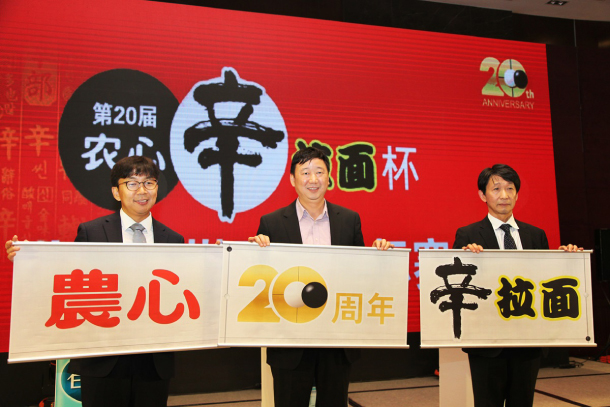 Nongshim is celebrating 20 years in the Chinese market this year.

The Korean food and beverage giant has seen huge success in the Chinese market, with sales growing over the last twenty years from $7 million in 1999 to $130 million in the first half of this year, with sales expected to hit $280 million by the end of the year.

Nongshim’s cumulative sales in China exceeded $2 billion this year, proof that the company has been steadily growing in a market that is not typically welcoming to foreign companies.

The key to Nongshim’s success in China, the world’s largest ramen market, is its differentiated products and localized marketing. While Shin Ramyun was originally chosen for release in the Chinese market because it was spicy, the marketing was thoroughly tailored to the taste of local consumers.

The best example of Nongshim’s efforts to pull in Chinese customers is the Shin Ramyun Baduk Tournament. The tournament, which celebrates its 20th anniversary this year, brings together Nongshim’s Shin Ramyun and the popular board game baduk, or Go, which is very popular in China.

The 20th Shin Ramyun Baduk Tournament was held on Monday in Beijing, China. Lee Se-dol, Park Jung-hwan and other Korean baduk players participated in a fierce bout with Chinese and Japanese competitors to reach the final.

When the tournament is held in China, fans gather in front of the venue or at large outdoor televisions to watch the match, and this further promotes the Shin Ramyun brand.

The ninth competition, which China won for the first time, was covered in local and national news across the country, giving Nongshim the equivalent to millions of dollars worth of advertising.