Looking into the mirror

Looking into the mirror 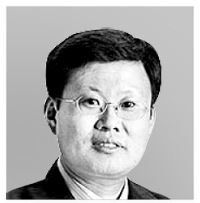 Yang young-yu
The author is an editorial writer of the JoongAng Ilbo.

Trains come and go at the bustling Guui station in eastern Seoul, a station accommodating 42,000 commuters on average a day. A small corner of the platform is devoted to a 19-year-old whose life was cut brutally short after being hit by a train while fixing a platform door in May 2016. Passersby leave Post-It notes memorializing the life of the contract worker. One side of the emergency door reads “It’s not your fault” and “Many contract workers are exposed to dangers like this,” according to a worker at the station.

Seoul Metro is suspected of capitalizing on the young man’s death in support of its nepotistic ways. If this is found to be true, the subway operator has killed the boy a second time with injustice.

Seoul Metro is a highly attractive place to work. It is rare among the country’s 850 public corporations as every employee works in the capital. Those on the permanent payroll on average earn nearly 70 million won ($61,865) a year. Kim, who received a pitiful 1.3 million won a month, would have dreamed that one day he could end up on the permanent payroll after working hard.

But this was not the case. 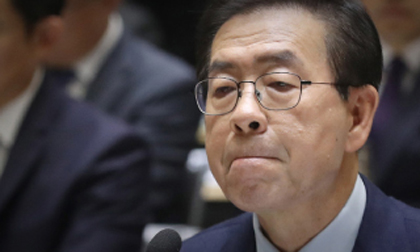 Seoul mayor Park Won-soon listens to questions from lawmakers on Monday about unfair hiring practices at public corporations affiliated with the city, including the Seoul Metro. [NEWS1]

Seoul Metro promoted 1,285 workers on long-term contracts to full-timers in March as promised following the tragic death of the young contract worker. Among the fortunate, 108 were family members of existing employees. Jobseekers are enraged at having been denied an opportunity. Liberal politicians are accusing the conservatives of attacking Seoul mayor Park Won-soon, a promising presidential candidate. But this is not a political matter but a shameful crime with broad ramifications.

First of all, nepotism is illegal and intolerable. The subway operator claims just 1,912 — or 11.2 percent of the total 17,084 employees — are related to one another. But the explanation is ludicrous. The public institution is more of a family business if 11 out of 100 employees are related to one another. Also, the list may not be that honest. An HR executive hid the recruitment of his daughter in 2016 and the upgrading of his wife to permanent status without convincing reasons. She is one of the 108 contract workers who were promoted to the permanent payroll. An independent probe should dig into the exact hiring timing and method.

Second, the internal hiring binge has taken away many opportunities for new recruits. Seoul mayor Park claims the upgrading of irregular workers is unrelated to fewer placements being made. But the subway authority had planned to cut the quota for new recruits by 1,029 over the next two years. Park, who has always vowed to create jobs for the young, has stripped the young of their jobs.

Third, the unfair practice resulted from the outsized power of the union. Of the total staff, 83 percent, or 14,000, are union members. Of them, 12,000 are under the militant Korean Confederation of Trade Unions (KCTU). Kim Tae-ho, the chief of Seoul Metro, is rumored to be pro-union to please the leftist mayor. Under him, former laid-off unionists were reinstated en masse, 260 unionists went on overseas studies, and those on the verge of retirement were promoted by one grade so they would receive more generous severance pay. More are headed overseas next month. Seoul Metro incurred a deficit of 259.6 billion won in the first half.

Even though the company is a hotbed of corruption, many still aspire to get in. Nepotism has been demoralizing news to jobseekers.
Mayor Park must stop defending the subway authority and himself. He must comply with a parliamentary probe. How can he aspire to govern the country when his administration of Seoul is in question? In his book “Good to Great,” Jim Collins advises that a good leader should look into the mirror and out the window: “Look out the window to apportion credit to factors outside themselves when things go well. At the same time, look at the mirror to apportion responsibility, never blaming bad luck when things go poorly.”

Park should look into the mirror and ask himself if he has been truly honest to the boy who died at Guui station.