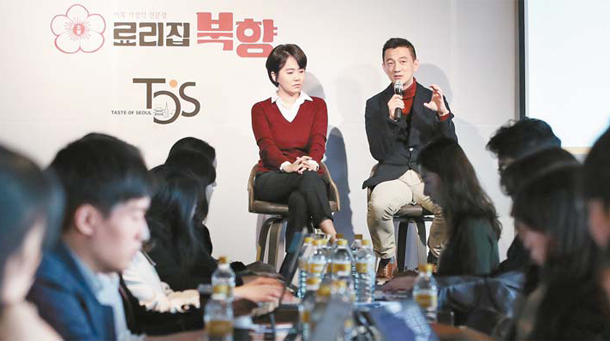 A North Korean homestyle cooking franchise is being established by Taste of Seoul, a joint venture between Nolboo and the trendy Wolhyang bistro.

The first Bukhyang restaurant is scheduled to open in November in Songdo, Incheon, the company announced Thursday at a press event.

During the event held at the Myeongdong branch of Wolhyang, the new restaurant brand showcased North Korean homestyle dishes, such as tofu rice, North Korean-style steamed pork and warm noodles.

Amid recent criticism of the unfair practices of some franchise businesses, Taste of Seoul is structuring the new restaurant so that franchisees are not unduly burdened. Nolboo CEO said Bukhyang will not take profits from the restaurants through supply agreements or advertising arrangements. It will instead charge royalty fees.