[Sponsored Report] Another great year for the Pink Run

[Sponsored Report] Another great year for the Pink Run 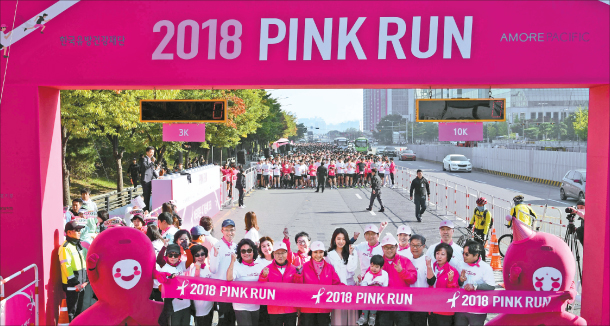 The “2018 Pink Run Seoul” hosted by Amorepacific and the Korean Breast Cancer Foundation brought together more than 10,000 competitors in Yeouido Park, western Seoul, on Oct. 14.

The annual Pink Run is a fun run held in five cities across Asia to raise awareness of breast cancer and breast health and to highlight the importance of self-examination and early screening.

The entire participation fee is donated to the Korean Breast Cancer Foundation, where the money raised is used to support surgery costs and screening.