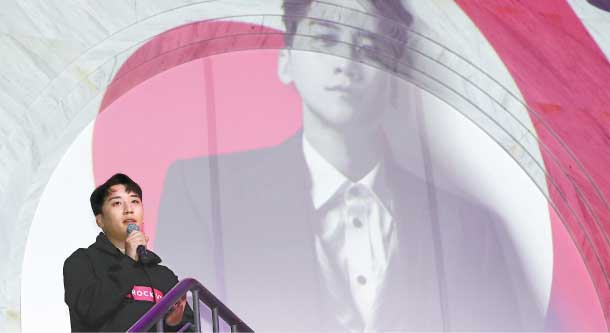 Imagine the future - Big Bang’s Seungri gives a presentation as the new creative director for Head Rock VR, a virtual reality (VR) company launched by media tech group Social Network on Wednesday at S653, a bar in Gangnam, southern Seoul. Social Network is a tech company based in Seoul that specializes in media technology such as augmented reality and VR, and held several exhibitions using such media. [YONHAP]