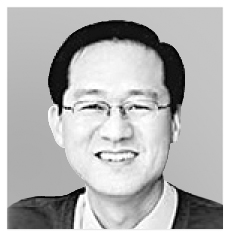 Lim Moo-song
The author is a visiting professor at Korea University of Technology and Education.

Korea’s jobs scoreboard shows the most dismal figures since the country received its international bailout in the late 1990s. The number of unemployed has ballooned to 1.13 million and the unemployment rate among people under 30 hit 22.7 percent when taking those between jobs and people who have given up on finding one into account.

The sense of hopelessness weighs heavily over the job front.

Allegations of illegal hiring at public institutions, including Seoul Metro, have sparked outrage among those searching for jobs. The alleged nepotism was committed by public-sector employees who should have set an example to correct inequalities and create more jobs during hard times.

Their selfish act, keeping jobs to themselves and for relatives or acquaintances, has stolen opportunities from 1 million young job seekers and destroyed their faith in a fair, competitive system. The anger of the young cannot be contained.

Of course, there should not be any prejudice against relatives or family members who work in the same workplace. Any impulsive remedial actions due to the angry public reaction will not help What must be addressed and corrected are the causes that allow for such structural irregularities. There are two major issues involved in the latest controversy.

The first is whether there was any favoritism in upgrading the status of irregular workers. Open procedural competition through documental review, personality check-ups, individual presentation, and group interviews are required to get a job at public organizations. If promotion to a full-time position from a contract one was easy compared to a new recruitment process, questions of nepotism can arise.

Seoul Metro has a hiring regulation that bans the preferential hiring of family and relatives of employees. Use of inside information to favor family members or to bundle them up in the list for promotions is clearly a violation of hiring regulations.
It is important for authorities to probe and discover any problems in the upgrade of contract workers to full-time status. The provisions in labor unions’ bargaining agreements with large or public companies which allow preferential treatment for family members should be removed.

We should also focus on the fact that the alleged irregularities occurred when a government policy was being forced on the public sector. Since public organizations are not privately owned, they tend to use every opportunity to enlarge themselves.

According to the Ministry of Employment and Labor, 157,196 contract workers became full-timers over the last two years. Since the public sector’s job quota has been fixed, the promotion of existing contract workers cut that many full-time job openings for young people.

The rash enforcement of a populist policy has resulted in negative side effects. A person working for a public company without a term limit is a de facto a full-timer. A worker dispatched from a contractor is also a regularly-hired worker by the contractor.

They should not be regarded as a type of irregular worker. But the promotion entirely benefited them. This was possible due to the outdated mindset that equality comes from the same payroll regardless of the responsibility and role of their work

Korea’s universal pay system in which wages increase annually or regularly according to the years of service without regard to the performance and achievements of each worker is unfair. The young people these days have armed themselves with all kinds of skills and capabilities to compete for a job opening.

Such a pay system is not fair to them as pay increases are not guaranteed in spite of their achievements or innovation. The system continues to help widen the wage gap between the older and younger generation, permanent and irregular workforce, and employees of big or public companies and smaller ones.

People are hired upon a performance review, and yet they get paid according to the number of years they serve. The universal salary increase system is not suited to the needs of the fourth industrial revolution. Permanency in work without a reform to the pay system only cements the vested rights of existing employees and feeds inefficiency.

As of 2017, half of 312,320 salaried workers of 338 public enterprises are subject to a uniform salary increase. The Seoul Metro converted manual laborers into permanent employees who receive salary increases based on their years of service. That cannot be a reasonable HR policy: if all jobs are converted to the permanent payroll, public institutions will become bloated.

Deputy Prime Minister for the Economy Kim Dong-yeon said that the overall HR and pay system at public institutions will be overhauled. Compensations should be rewarded according to the features and value of public service.

Labor opposes it by questioning the reliability of the evaluation. But the cases of metal unions in Japan and Germany show that a pay system based on workers’ responsibilities and the role they take at work helps stabilize employment and labor-management relationships.
Young people are asking whether hiring opportunities are really fair at public institutions. What needs to change must change. The older generation cannot persuade them to settle for part-time jobs while they continue to live comfortably.