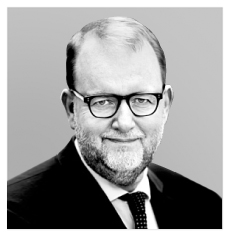 Recently in Denmark, a new Energy Agreement was reached that puts Denmark on the path to 55 percent renewable energy in 2030 and a net zero emission society by 2050. It is an ambitious goal, but one that Denmark as a nation firmly believes in, as evidenced by the fact that the agreement was unanimously backed by all parties in the parliament.

Renewable energy is the key component of the Danish energy transition and a driver of economic growth, lower energy prices and significant CO2 reductions. Indeed, Denmark has proven that green energy transition and economic growth can go hand-in hand. The latest figures for 2017 show that carbon emissions from Denmark’s power consumption are at their lowest ever. Reasons for this include power plants switching from fossil fuels to biomass, and the expansion of wind and solar PV capacity.

And in 2016, more than 31,000 Danish citizens were employed in the green energy sector — an increase of approximately 3,300 since 2014. Employment growth in the green energy sector is thereby outpacing the Danish labour market as a whole by six to one. Moreover, Denmark is a European leader for exports in energy technology and services, as exports in energy technology account for a larger share of total exports than in any other EU country at 11.1 percent.

However, to quote Korean President Moon Jae-in at the P4G summit held earlier this October in Copenhagen, “It is impossible to tackle such a global agenda as climate change through the efforts of some countries and the public sector exclusively.” And here is where Denmark turns its eyes to Korea.

The Danish-Korean green partnership dates back to 2011 when the two countries entered into a Green Growth Alliance, and our joint commitment has remained strong despite multiple administration changes in both our countries. And most recently, on Nov. 1, the eighth Korea-Denmark Green Growth Alliance meeting took place in Seoul where a Memorandum of Understanding (MoU) was signed between the Korean Ministry of Trade, Industry and Energy and the Danish Ministry of Energy, Utilities and Climate. Focusing on renewable energy and opportunities for new energy industries, our two countries agreed to increase cooperation and exchange in the fields of offshore wind, onshore wind, solar photo voltaic, smart grids, energy storage systems and other areas of clean energy.

As Danish Prime Minister Lars Lokke Rasmussen said back in 2011, Denmark as the “first mover” in green growth and Korea as the “fast mover” together make a perfect match. With Danish experience, expertise and innovation, we want to partner with Korea to move forward into a green future — one that rests on renewable energy, economic prosperity and continuous and lasting CO2 reductions.