A path to inclusive growth

A path to inclusive growth 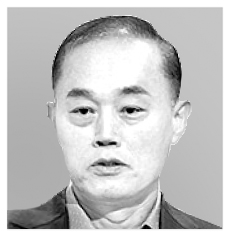 The author is a visiting professor at the Graduate School of Public Policy and Management at the Korea Development Institute.

There must be structural reasons for the protracted distress in the Korean economy. One primary cause is found on the battered small and mid-sized front. Small and mid-size enterprises are responsible for generating nearly 90 percent of our jobs. But the problem is that they do not produce decent or lasting jobs. As a result, the lives of those on the lower-income rung have become harder and the gap with those at higher incomes wider.

Balancing their hardship with government spending could be an expedient solution. But fiscal expansion demands greater tax income, the raising of which could further dampen economic activities. The government deficit is inevitable if the authorities increase fiscal spending without collecting more in taxes. That would push today’s troubles onto future generations. The method is also not sustainable. Korean society already needs greater structural spending for the growing welfare demands.

A lasting solution is to have lower-wage workers participate more in generating output and income. A society becomes healthier when participants find more rewarding and meaningful work. It is why the inclusive growth concept is being encouraged.

To achieve inclusive growth, work for the low-income group must increase. In Korea, permanent jobs at large companies make up a mere 10 percent of the total. Most jobs are irregular or less reliable and are at small and mid-sized businesses. Such workplaces pay just around half of what is paid to employees at large companies. Their wages hover below international averages. Because these positions are poorly paid, college graduates and jobseekers do not want them.

Small and mid-sized enterprises must increase their salaries to increase opportunities. Large companies cannot help out on the job front or generate more income for smaller players as they are too busy trying to be competitive in the global markets. A feasible solution would be for large companies to pay less to shareholders and share more of their profits and cash reserves with smaller economic participants.
To ensure the success of a policy, a social consensus must be built and the people as well as government offices need to cooperate. A good design does not necessarily generate good results. Government offices, public administrators, management of large companies and procurement staff must all have the will to achieve changes in the system and in practices. Such actions are needed for the balanced development of our society. 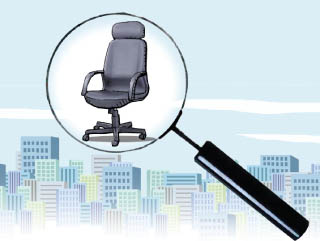 To rationalize wage levels, the concerned groups and companies must all participate. The effect could be minimal if just a few large companies increase their payments to subcontractors. We all know that healthy relationships between large companies and smaller players can ensure sustainable growth in the economy. But a company won’t likely yield if others do not follow. Companies find themselves in a prisoner’s dilemma whereby they won’t move to act if all do not cooperate even if doing so can be beneficial. Only an agreement and coordinated action will generate the desired outcome.

Korean society must also restrict excessively self-serving demands from a certain group. The militant Korean Confederation of Trade Unions more or less represents unions at big and powerful workplaces. More than 60 percent of unions come from workplaces employing 300 or more, and less than 1 percent from those employing 30 or fewer. Union demands are mostly aimed at protecting and strengthen their vested interests. Their demands come at the expense of the majority of the working class struggling with little or no security and low wages.

When wages go up for permanent workers at large companies, management inevitably decreases orders or payment to subcontractors and limits new recruitment. The injured — workers of small workplaces or young people who cannot find jobs — do not find collective or representative voice like that of the mighty union group.

Korean society could be swayed by the unions of large companies if the government does not mediate successfully. None of the work is easy. But it cannot be delayed. Korean society should solve one problem after another with persistence and patience.