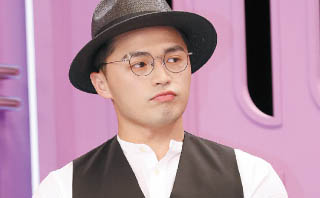 After people claiming to be the victims of fraud perpetrated by the parents of rappers Microdot and Sanchez came forward on Monday to say that stories shared online were true, local police have said that they might re-open an investigation into the charges.

A police official in Jecheon, North Chungcheong, said Tuesday that police are planning to reinvestigate the case and would ask for Interpol’s cooperation if necessary.

According to entertainment news outlet SBS FunE on Monday, a written complaint against the rappers’ parents was given to police in 1999. According to the person who provided the complaint to SBS FunE, Microdot’s parents had borrowed several hundred million won from 10 people in 1997 - including neighbors, friends and relatives - and fled abroad without paying them back.

The testimonies come after an anonymous user posted on an online community earlier on Monday that the rapper’s parents had fled to New Zealand after scamming several acquaintances while they were living in Jecheon.

“Their house was already empty when those who lent them money figured out that they had disappeared,” they said. “I believe that an investigation was suspended after the suspects fled abroad.”

Another person who claimed to have been scammed by the family said that the suspects fled abroad with their children after borrowing 10 million won ($8,858) from him.

The rapper immediately released a statement through his agency, claiming that the rumors were false and that he was preparing to take legal action against those who had spread the rumors.

However, he has remained silent since the testimonies were reported. His JTBC show “Come and See Me” is still scheduled to air this week as planned.