Korean badminton star Lee Yong-dae has been embroiled in a fake community service records controversy, although he has denied any wrongdoing. 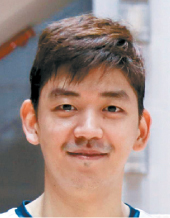 Lee said on Tuesday that he voluntarily reported errors in his community service records to the Military Manpower Administration (MMA) last Friday, but refuted allegations that he had intentionally doctored the documents.

“In the process of registering my community service records, there were some errors in commuting time, service time, name of the service location and lack of photo data,” Lee said through his club, Yonex.

Able-bodied Korean men are required to serve in the military for about two years. But winners of any Olympic medals or Asian Games gold medals are exempted from mandatory military service and required to conduct 544 hours of sports-related community service over 34 months. The law on community service was designated in July 2015.

Lee, 30, earned his military service exemption after winning a gold medal in the mixed doubles at the 2008 Beijing Olympics. But he was registered as sports personnel in 2016 after retiring from the national team.

“I was selected as sports personnel with a big privilege, so I always thought it was important to complete my community service duty sincerely,” he said. “In the case of miscalculating service time, I did an additional 25 hours of service and completed the duty at 569 hours.”

However, some local media recently reported that the same photos were used on different dates in Lee’s documents, raising suspicions that he had fabricated his service time.

Lee said that such claims may have started from administrative errors.

“After I register the address of the workplace, the calculation of commuting time is processed by a worker [at the Korea Sports Promotion Foundation],” he said. “Probably from this process, some cases may have been reported with a false record.”

However, Lee said it is still his fault for not checking his service records thoroughly.

“I tried to complete my service duty cleanly, but I’m very sorry that these kinds of mishaps have occurred,” he said. “For that insufficient part, I will work harder and will continue engaging in my community service.”

Lee is the latest athlete who has been embroiled in controversy regarding community service records. Korean football player Jang Hyun-soo was caught doctoring his records and received a lifetime ban on playing for the national team from the KFA. Judoka An Ba-ul was also accused of having fabricating his community service documents.