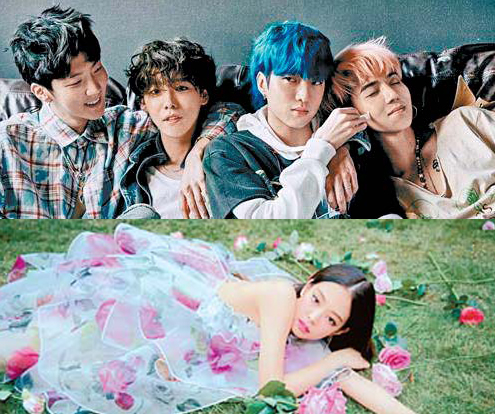 YG Entertainment spent Thursday celebrating the success of not one, but two of their artists as the music videos for Winner’s “Really Really” (2017) and Jennie’s “Solo” both surpassed the 100 million view mark, according to the agency.

“Really Really” was released in April 2017 and was the group’s first song as a four-member group after former member Taehyun (real name Nam Tae-hyun) exited in late 2016. This is the first video by the group to have achieved the one-hundred-million milestone since their debut in 2014.

Jennie’s “Solo,” on the other hand, is the Blackpink member’s first solo venture.

The music video garnered 100 million views within 23 days of its release on Nov. 12, making it the shortest amount of time that a video from a solo female singer in Korea has reached that mark, according to YG Entertainment. The choreographed video for “Solo” has also reached 30 million views, proving the singer’s popularity.

Written and composed by music producer Teddy, the song stormed local music charts and hit No. 1 on Billboard’s World Digital Song Sales chart and iTunes music charts in 40 regions. The other members of Blackpink are also due to release solo songs in the near future, though the next member in line has yet to be revealed.

Winner is set to kick off their U.S. tour titled “Winner Everywhere Tour in North America” on Jan. 15 in Seattle, while Blackpink will embark on an Asian tour beginning in January, starting in Bangkok and finishing at Taipei.