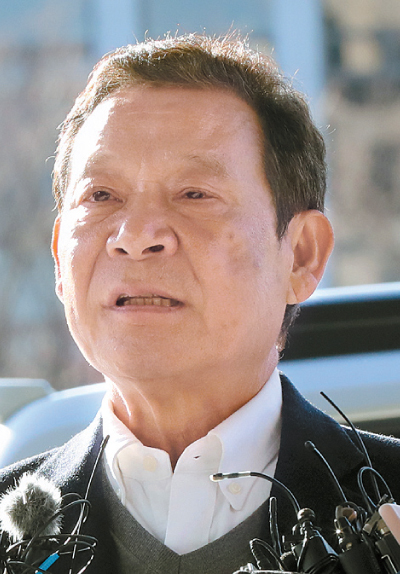 A former mayor of Gwangju, who was swindled out of hundreds of millions of won by a scammer pretending to be a former first lady, was summoned for questioning on Monday by the Gwangju District Prosecutors’ Office.

Yoon Jang-hyun, who was mayor of the city from 2014 to 2018, is suspected of violating the Public Official Election Act during his dealings with the 49-year-old woman surnamed Kim, who impersonated Kwon Yang-sook, the wife of former President Roh Moo-hyun. Yoon is accused of sending Kim 450 million won ($399,300) and also found jobs for Kim’s children, believing that they were the offspring of Roh.

Prosecutors said that the investigation will focus on whether Yoon did favors for Kim to build political ties that would be useful to earn the Democratic Party nomination for himself or his allies in the local elections this June. According to the prosecutors, political motives seem likely. The police investigation revealed multiple phone conversation recordings between the two in which Kim pressured Yoon by saying, “[Don’t you] need to be re-elected as mayor?”

In response, Yoon claimed that he was a victim, not a criminal suspect. He said that “no significant information about the local elections was shared with Kim,” on Monday before his questioning by prosecutors.

“It doesn’t make sense that I would take out a loan under my name if I really was looking to gain my party’s nomination,” said Yoon. “I was tricked after [Kim] told me that the [supposed] daughter of President Roh wasn’t able to come back to Korea because of the debts she accumulated in China.”

Yoon, however, was quick to apologize for the disappointment he has caused.

“I am deeply sorry that I disappointed the public with my unwise decision. As a person who was responsible for public matters, I regret having let down Gwangju’s citizens.”

The investigation will also focus on how Yoon obtained the 450 million won he paid Kim, as the money surmounts to over half of his net worth.

Prosecutors will also try to find 100 of the 450 million won which is still unaccounted for. The rest of the money was confirmed to have been obtained through bank loans Yoon took out. Yoon replied that, “[He will] reveal everything through the investigation.” Previously, he testified to borrowing the 100 million won from a close friend.

Yoon left for Nepal for medical volunteer work on Nov. 16 and was in Nepal when the prosecutors announced that he was the victim of fraud on Nov. 23. Though his volunteer trip ended, Yoon stayed in Nepal until he returned to Korea on Monday for the investigation - three days before the statute of limitations on investigations related to the June local elections expires on Wednesday. The prosecution hopes to charge Yoon with violating the Public Official Election Act before then.