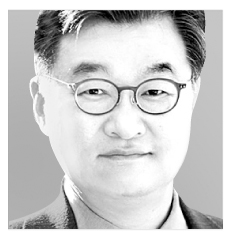 Kim Heung-kyu
The author is a professor of political science at Ajou University and head of its Chinese Policy Research Institute.

U.S. President Donald Trump and Chinese President Xi Jinping agreed on a 90-day truce in their trade war during talks held on the sidelines of the Group of 20 summit in Argentina. Despite the cease-fire, most believe the bilateral trade conflict will evolve into a broader economic war, an arms buildup competition and eventually an ideological war.

The two states’ standoff is closely linked to an ongoing power transition involving three factors. China’s fast rise is one. China has achieved greater and faster economic strides than most had expected. In 2014, China had already emerged as the world’s largest economy in terms of gross domestic product adjusted by purchasing power parity, according to the International Monetary Fund. Through its ambitious Made in China 2025 initiative, China is aggressively pursuing its transformation into a high-tech powerhouse leading the fourth industrial revolution.

The 2008-09 financial crisis was another factor. The Wall Street-triggered meltdown disgraced the United States and forced it to rely even more on Chinese capital. As U.S. global dominance waned, China’s influence grew. By taking advantage of the momentum, Beijing pulled itself out of the emerging category to become an economic power.

Lastly, the leadership of Trump and Xi also played a part in deepening the friction between the two nations. Trump was elected on a slogan to “Make America Great Again” while Xi championed a so-called Chinese Dream with the ambition to put China at the center of the world as in ancient times. The dreams of the two leaders are on a collision course. In the standoff between the United States and China, chess and Go strategies seem to be at play. The game of chess involves a pursuit of the opponent’s king; the game ends once the king is checkmated. In the ancient Chinese board game of Go, one does not go after the opponent’s actual pieces, but surrounds empty territories: one can lose along the way, but win in the end.

Mao Zedong employed such a strategy in his revolutionary war. When a strong enemy attacked, he avoided an immediate face off, led his army into remote areas and attacked the weakest spots of the enemy to wear it down. At the same time, Mao used soft power to win popular support and gain ground over the course of the war. It encircled areas in the countryside and spread communist influence into big cities to finally seize the entire country. Will Trump’s all-around offensives win over the guerilla-like strategy of Xi? No one will know until the end.

The United States is no easy opponent. It has survived as the world’s reigning superpower. It won many wars on the global front with few exceptions. It established the U.S. dollar’s hegemony over the British pound, defeated the Soviet Union in the Cold War, and humbled Japan and Germany on the economic and trade fronts. The United States faces China as its next formidable contestant. China cannot be compared to the British, Soviets, Japanese or Germans of the past. Armed with a rich cultural and historical background, China is bigger than any nation in the world, fast to learn, and also wise from bitter lessons of the past.

The world may become bifurcated instead of having a single supremacy in the form of a Pax America or Pax Sinica as a result of their strategic competition. Inner capabilities will define their places in the world. As the U.S.-China contest goes on, they will regard one another as archrivals. Yet the two won’t likely push their discord to the point of self-destruction as was possible during the Cold War. The dominance of the two will not be as crucial to the global order as the past influence of the United States and the USSR. Other states will be busy with their own agendas rather than lining up behind either of the two. Still, anyone caught in the crossfire will inevitably suffer serious damage.

The strategic war between the United States and China will sweep over the Korean Peninsula and may even overwhelm the North Korean denuclearization issue. Externally reliant South Korea surely will be most vulnerable. Instead of chasing immediate interests and finding a shelter, South Korea must build a lasting fortress against challenges ahead. The country must reinforce its inner balance first. Unity should be strengthened through bipartisan support and respect for experts in all areas.

South and North Korea must reach a consensus to minimize the unnecessary costs of bilateral conflicts. They must seek an external balance through deep deliberation and an understanding of international trends to seek ways to turn challenges into opportunities. The two Koreas, rival parties, and liberals and conservatives must all share their combined wisdom to weather the storms ahead.
Translation by the Korea JoongAng Daily staff.