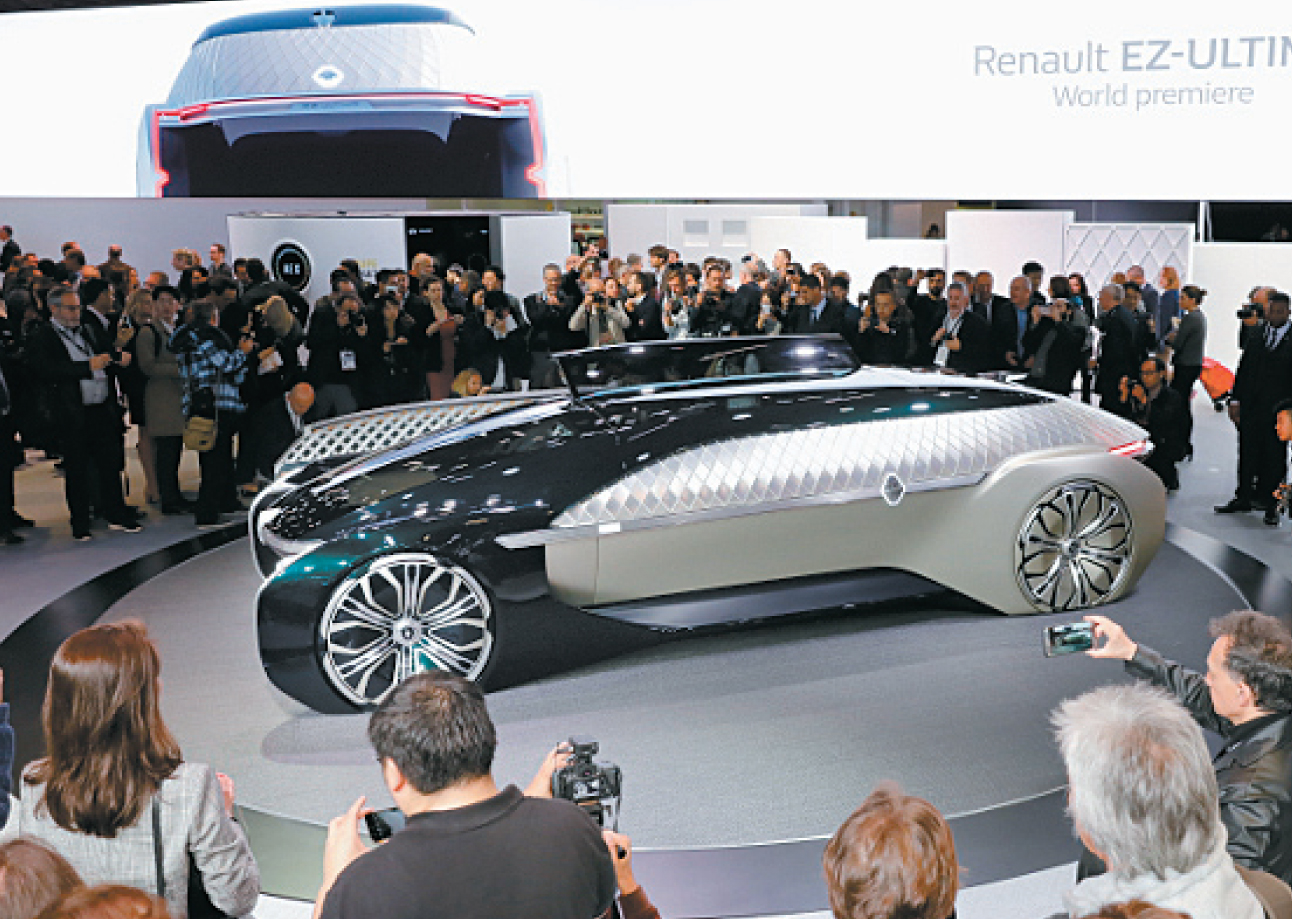 The EZ-Ultimo, a futuristic concept car with level 4 autonomous driving technology, was introduced at the 2018 Paris Motor Show. [RENAULT SAMSUNG]

Renault Samsung is continuing to develop its autonomous driving technology in Korea.

Renault has been developing its autonomous driving technology at research centers around the world including in France and the United States. As part of that initiative, Renault Samsung is participating in the Dangun Project, a Korean-French joint project supported by the Korean and French governments.

A Renault Samsung electric car was permitted for road testing by the Ministry of Land, Infrastructure and Transport, as part of the Dangun project, on August 30. The vehicle will soon be tested on a highway. Tests are conducted not only on test roads belonging to the Korea Transportation Safety Authority and Korea Automobile Testing & Research Institute, but also on some sections of the Gyeongbu Expressway and Jungbu Naeryuk Expressway.

As part of the Dangun Project, schools and organizations such as Hanyang University, LG and Valeo are working together to develop Traffic Jam Assist, which can help drivers on congested roads. This is a low-speed self-running system that uses a smaller number of sensors than a general high-speed self-driving system. It runs safely by adjusting the distance between lanes and cars. It is expected to contribute to the commercialization and expansion of autonomous vehicles in the future. The technology will be included in Renault’s ZOE electric car and will be piloted in France.

Renault Samsung is expected to commercialize a four-stage autonomous vehicle from 2023. The first step will be a gradual test of driving through a city after passing the highway test in 2020. In addition, 40 different types of autonomous vehicles will be released. Renault Group is testing autonomous vehicles with a variety of partner companies and is also accelerating the development of car sharing solutions such as robot car transportation services.

At the recent 2018 Paris Motor Show, Renault presented a new vision for autonomous vehicles. Dubbed the EZ-Ultimo, the futuristic car is a robotic vehicle that is unlikely to be realized until the distant-future. EZ-Ultimo is an extension of the EZ concept series that includes the EZ-GO, a futuristic robot taxi, and EZ-Pro.

The EZ-Ultimo completed Renault’s trilogy of robot automobile concept cars. The EZ-Ultimo is a robot car with level 4 autonomous driving technology that runs without a driver. It would be a premium mobility solution that gives customers unparalleled enjoyment on the go and can travel around the city and in non-urban environments, such as moving from hotels to airports and tourist destinations. While the EZ series are just concept cars at this stage, it shows the direction that Renault Group and Renault Samsung are moving in when it comes to autonomous vehicles.