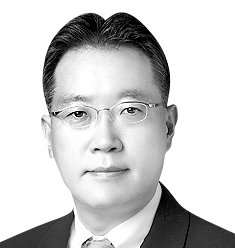 Kang Yeongjae
The author is a managing partner and co-head of KOSIRA Seed Partners.

As Google launched its self-driving taxi service in the suburbs of Phoenix in late November, another meaningful autonomous car project was tested out in the pouring rain in downtown Palo Alto in the heart of Silicon Valley. An unmanned minivan delivered orders from construction material store chain Ace Hardware.

The vehicle was a Ford, but the autonomous driving technology and platform behind it came from Korean start-up ThorDrive, a company started by a Seoul National University lab team under professor Seo Seung-woo, who developed a Level 4 self-driving taxi called SNUber.
ThorDrive was the first to put a driverless car on Korean roads. Although the team is still active in testing out driverless vehicles in Seoul, it had to test out its first commercial service in the United States because it was impossible to do so on home turf due to stubborn old-fashioned regulations.

In Korea, any new technologies that are not defined in the laws of the traditional industrial days are illegal. It takes forever for government offices to come around to discuss and lift regulations even though speed and headway is essential in the fast-changing high-tech world. Nobody knows when commercial self-driving services will be allowed in a country where even carpool services — common in most parts of the world — cannot take off. As a result, the start-up company could not find any investors while based in Korea.

Even with promising new technology and an innovative business model, a project cannot draw timely investments due to layers of regulations and environmental restrictions. According to a recent McKinsey report, 40 percent of the business models of the world’s top 100 start-ups would have been impossible in Korea and 30 percent partially allowed, all due to regulations. Unsurprisingly, no Korean name was included in the top 100 list of start-ups.

As uniform and rigid regulations can hardly keep abreast of changing times, it only strengthens the selfishness and vested power of traditional industries. The government and politicians failed to come up with reasonable and future-oriented solutions over ride-hailing services that could not take off due to vehement opposition from the taxi industry.

As a result, local start-ups had to shift to other businesses or were sold off and large companies had to take their investments overseas to aim for future mobility in the car business. In a nutshell, stifling regulations are killing fledgling businesses and new opportunities in Korea.

Innovative growth is one of the keystones to the Moon administration’s economic policy focused on creating jobs and revitalizing the economy. The office of Small and Medium Enterprises was upgraded to the Ministry of SMEs and Startups to promote venture businesses. The government also announced many projects for strategic investment.

In this fourth industrial revolution, platforms and habitats combining digital and online technologies with traditional and offline industries are rapidly emerging as new business models that can excite additional growth and innovation. To make headway in innovative growth and investment, the government must first remove the multiple layers of rigid regulations.

The government must first allow the so-called “regulatory sandbox” system which first enables demo or experiments and later imposes regulations — if necessary — to spur start-ups’ motivation and growth in innovations. Companies must be able to try out their technologies and services on the market to tap their commercial viability and make necessary upgrades.

The government’s proposals on applying “sandboxes” on five sectors — telecommunications, industrial convergence, fintech and financial innovation, special economic zones and administrative regulations — have already passed the National Assembly and will go into effect next year.

Under the new laws, companies may receive exemptions from existing rules and regulations for up to four years to test out their new projects, albeit in restricted space, time and scale. The government will analyze their trial results and come up with adequate revisions to the laws and system. The review and control over the projects for regulatory reform will become pivotal for the success of new experiments.

At the same time, authorities must embark on overhauling the entire regulatory framework so that regulations do not hamper innovative developments and growth in the economy. The process should be flexible so that regulation details can be eliminated, extended, revised, or renewed in a timely response to changes in the market and technology. The industry players must also be able predict and learn of the changes in the making.

The decision-making process must also include efforts to minimize damages from changes in regulations and systematize compensation to maximize social value. The government must redesign the regulatory administration system.

Revamping the regulatory system should be the starting point in gearing up the country for new growth based on the engines of innovation.
Translation by the Korea JoongAng Daily staff.