Japan continues to fume over Korean radar use

Japan continues to fume over Korean radar use 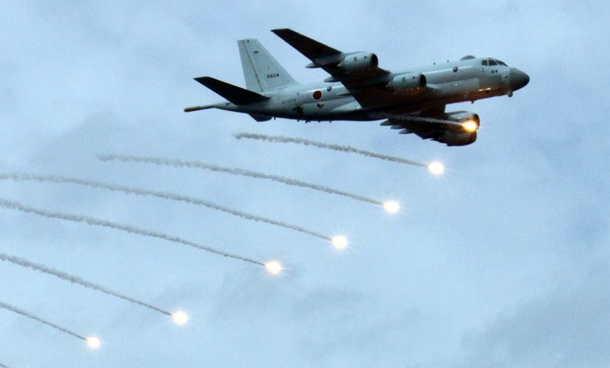 A diplomatic row between South Korea and Japan escalated for a third day since a South Korean destroyer allegedly locked its radar on a Japanese surveillance plane Thursday during an operation to rescue a distressed North Korean vessel.

A Japanese Defense Ministry official on Sunday said that the South Korean warship targeted a Japanese patrol plane “multiple times for several minutes using its attack-purpose radar.” He reiterated demands by Japan’s Minister of Defense Takeshi Iwaya a day earlier that Seoul apologize for what he called an “extremely dangerous act.”

Iwaya said that the South Korean Gwanggaeto the Great-class destroyer aimed its fire control radar at a Japanese P-1 patrol plane that was conducting surveillance operations over its waters near central Honshu on Thursday.

South Korea’s Defense Ministry on Saturday dismissed the claims that its destroyer aimed its radar at the Japanese plane, and said that the ship had been carrying out routine operations at the time. A source within the South Korean Navy later clarified that the radar had been used to search for a North Korean vessel that had been marooned for several days off the peninsula’s east coast on Thursday.

The South Korean Navy that day rescued three North Korean sailors off the distressed fishing boat and recovered one body. They were then handed over to the North across the demilitarized zone on Friday.

Though it acknowledged the South Korean navy had indeed been carrying out a search and rescue operation that day, Japan’s Defense Ministry refused to accept Seoul’s explanations over the use of the radar, saying it was not an appropriate instrument for a maritime search maneuver.

A source within the South Korean military said on Sunday that the radar signal sent out to the Japanese plane was from an optical camera used to identify the rapidly approaching patrol aircraft. 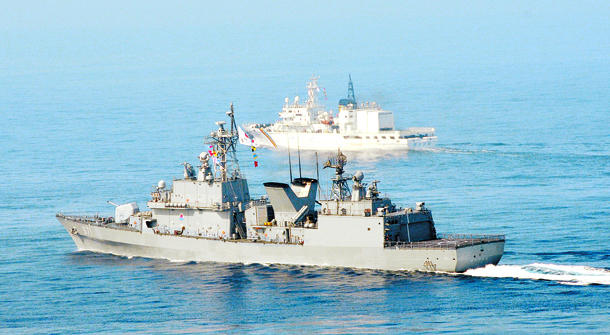 Japan’s Yomiuri Shimbun, one of the country’s leading right-wing newspapers, said the lock-on by a fire control radar amounted to a preliminary step before a military strike. It quoted a source from the Japan Self-Defense Force who said the “U.S. military would have attacked” if it were in Tokyo’s shoes.

Multiple other Japanese news outlets also quoted an official within the office of Japanese Prime Minister Shinzo Abe, who said that “recovering relations with South Korea is now impossible.” The Tokyo Shimbun said that the statement appears to reflect the thoughts of Abe himself.

Hiroshi Yamada, Japan’s vice defense minister, chimed in on the condemnations on Saturday, calling the act “unthinkable.” He said Seoul was “shooting [us] in the back” by endangering the life of a Japanese airman.

Tokyo’s forceful protests against Seoul over the incident are in stark contrast to its subdued reaction towards Beijing in a similar incident.

In February 2013, a Chinese vessel aimed its fire control radar at a Japanese ship near a disputed set of islets on the East China Sea. Abe reportedly told then-Defense Minister Itsunori Onodera to respond calmly and “not meet provocation with provocation,” according to the Kyodo news agency.

Analysts say Tokyo’s condemnations reflect its growing discontent of Seoul over a variety of issues afflicting the two countries’ relationships. Korea recently decided to shut down a Japanese-funded foundation for the victims of Japan’s wartime sex slavery, and a recent ruling by the Supreme Court of South Korea ordered Japanese companies to compensate Korean victims of forced labor during colonial rule.

Before departing on a trip abroad on Sunday, Japanese Foreign Minister Kono Taro told local reporters that he would demand that Seoul take appropriate measures over the radar issue and a visit to the Dokdo islets by a Korean lawmaker “amid a series of difficult issues.”

Observers in South Korea say repeated Seoul-bashing from Tokyo may be aimed to rally the Japanese public to the Abe administration’s side as its support dips due to unpopular labor policies.