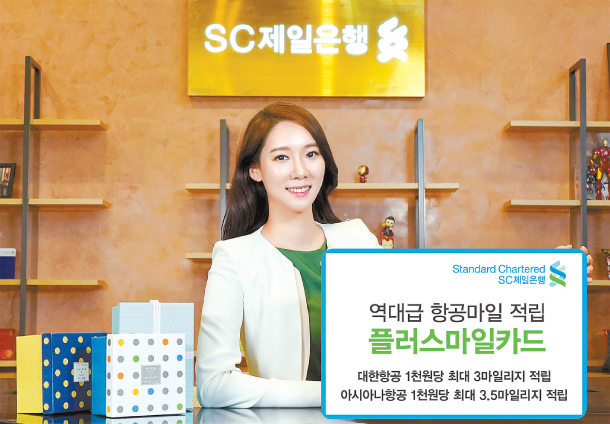 As interest in travel has increased recently, the various industries related to travel have evolved, and the card industry is no exception. Standard Chartered Bank’s Plus Mile card, launched at the end of March, is a new travel-oriented card.

Strong mileage accrual is its strongest point. Users earn a maximum of three miles for Korean Air and maximum of 3.5 miles for Asiana Airlines per 1,000 won ($0.89) spent. Of course, there are conditions, but the rate of 3.5 miles per 1,000 won was enough to cause a sensation in the mileage card market. Standard Chartered’s Plus Mile Card has proved popular with travelers in the six months since it launched.

The new card offers attractive mileage rates, with Korean Air offering up to three miles for every 1,000 won spent and Asiana Airlines giving a maximum of 3.5 miles per 1,000 won.

A coupon for Starbucks coffee will be given to new cardholders who spend 30,000 won with their Plus Mile Card by the end of December.

More information is available on the Standard Chartered Bank website (www.sc.co.kr) or from the customer service center (1588-1599).