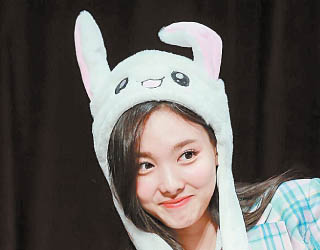 The winter may still be young, but it already looks like the season’s biggest trend is going to be the bunny hat.

Unlike a regular bunny-shaped hat, 2018’s bunny hat has two dangling paws that, when pressed, cause the corresponding ears to pop up. The popular item can not only be seen on the crowded streets of Gangnam District and Garosugil, southern Seoul, and Hongdae, western Seoul, but also in a variety of online shopping malls. On e-commerce website 11st, “bunny hat” has become the 15th most-searched keyword of the year.

Reflecting the popularity of the hat, not only rabbits but other animal hats such as bears, leopards and puppy hats have also been released.

The bunny hat was invented by Kwon Young-tae, 30, who owns a toy store in Pyeongtaek, Gyeonggi. Kwon, a lover of toys who made monthly visits to Japan before opening his own store, came up with the idea of using an air pump in a hat in September last year and immediately asked a Chinese factory to produce it.

In the first three months after its release, the hat didn’t find much success. Namdaemun Market store owners were unimpressed by the childish toy, and Kwon’s stock continued to pile up.

“I never aimed for overnight success,” said Kwon. “I considered it a new item to display at pop-up stores that target young customers in their teens and early twenties, so my expectations weren’t high.”

An opportunity finally arrived in April. A pop-up store opened inside the lobby at KBS on the same day that singer IU was performing in the building. Fans bought the hats in bulk, and not long after, the item went viral on social media. Comedian Lee Gook-ju contacted Kwon in person, saying she wanted to wear it on the popular comedy show “Comedy Big League.”

Since then, bunny hats have become popular on TV and with K-pop stars. Among the long list of celebrities that have donned a bunny hat are girl group Twice, actor Ma Dong-seok and Ha Jung-woo.

Today, around 52,000 hashtags appear when searching “bunnyhat” on Instagram.

However, Kwon has only actually sold about 10,000 of the hats, as copycat products have quickly dominated the market.

Although exact figures are unknown, one company is known to have sold at least 130,000 of the hats. As Kwon didn’t label the hat with a specific brand name, it didn’t take long for low-priced versions to appear on the market.

“I didn’t know that this would be such a big hit, so I did not apply for a patent or trademark,” said Kwon.

Upon hearing about the original manufacturer, foreign companies from Japan and Russia have recently ordered 1,000 hats each, but since Kwon doesn’t have a factory of his own, he instead puts them in contact with the factory.

“I do not want to say that mine is the original or the real product. I am just happy that people use what I made,” Kwon said.

However, he did learn something through the success of the bunny hat - how to create a toy that has the potential to be successful and quickly get it on the market.

“Trending toys change quickly nowadays,” he said. “Slime and fidget spinners are now all out of date. From now on, I am going to design a ‘super insider item’ for each season. This time, I am definitely going to apply for a patent.”