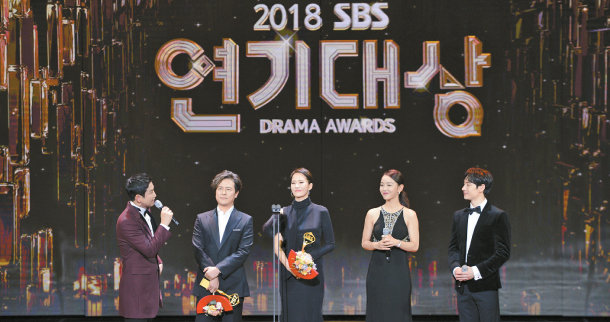 Actors Kim Sun-a, center, and Gam Woo-sung, second from left, were jointly awarded the grand prize at the 2018 SBS Drama Awards on Monday night for their drama “Should We Kiss First.” The drama aired from Jan. 20 to April 24 last year and tells the story of two middle-aged people who find the meaning of true love together. The drama ended with a 12.5 viewership rating. [SBS]