There’s room for more of Park’s magic in Vietnam

There’s room for more of Park’s magic in Vietnam

Park Hang-seo’s coaching career completely changed in 2018. When he was first appointed as the Vietnamese football team’s head coach in October 2017, not many expected to see him succeed. His career in Vietnam was seen as one final fling before retirement. 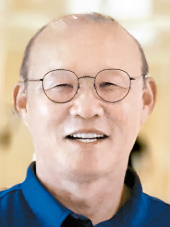 Just one year later, Park proved everyone wrong. Starting with the U-23 Vietnamese team’s runner-up finish at the 2018 Asian Football Confederation (AFC) U-23 Championship in January, Park led the squad to the semifinals at the Asian Games in August and finished the year with a big win at the AFF Suzuki Cup in December for the first time in a decade.

“I hear that quite often these days,” Park said. “That I should step down when I’m at the top, just like head coach [Guus] Hiddink in 2002. Since they are giving me such advice because they really care about me, I take it very seriously. But [Vietnam] still have more room to go up.”

It’s been less than a month since Vietnam won the Suzuki Cup, but Park has put aside his accomplishments and started preparing for a new challenge - the AFC Asian Cup which kicks off on Saturday.

“After winning the Suzuki Cup, we only had one day off,” Park said. “I even told the coaches to celebrate later because we can’t lose our nerve. The Asian Cup is right ahead of us. I’m only thinking about that now.”

Behind the success of the Vietnamese football team last year is Park’s emphasis on the basics.

“A lot of people spend quite some time and effort looking for a shortcut to success,” Park said. “But in Vietnam, my success is the result of sticking to the basics and taking the normal steps.”

In Vietnam, Park is a national hero. After winning the Suzuki Cup, the players and coaches were offered huge amounts of reward money and offered lucrative advertisement deals. A documentary film about Park was released in December and the superstar coach cannot move in Vietnam without countless requests for autographs.

But rather than getting frustrated, he responds to every request.

“Fame is like wind,” Park said. “It can start blowing unexpectedly and one day, it’ll disappear. Just like that, all the attention I’m receiving can disappear at any time. I experienced the same thing in 2002.”

Although Park doesn’t pay much attention to his popularity, he still communicates with his fans.

“Just like how Korean football made abrupt development from 2002, I hope that 2018 will be the turning point for the development of Vietnamese football,” Park said.

There were rumors that Park may leave Vietnam soon, but he made it clear that it’s not an option.

“I’m not going anywhere,” Park said. “I still have a year left in my contract with the Vietnamese Football Federation. A contract is a promise. I can’t betray Vietnam.”