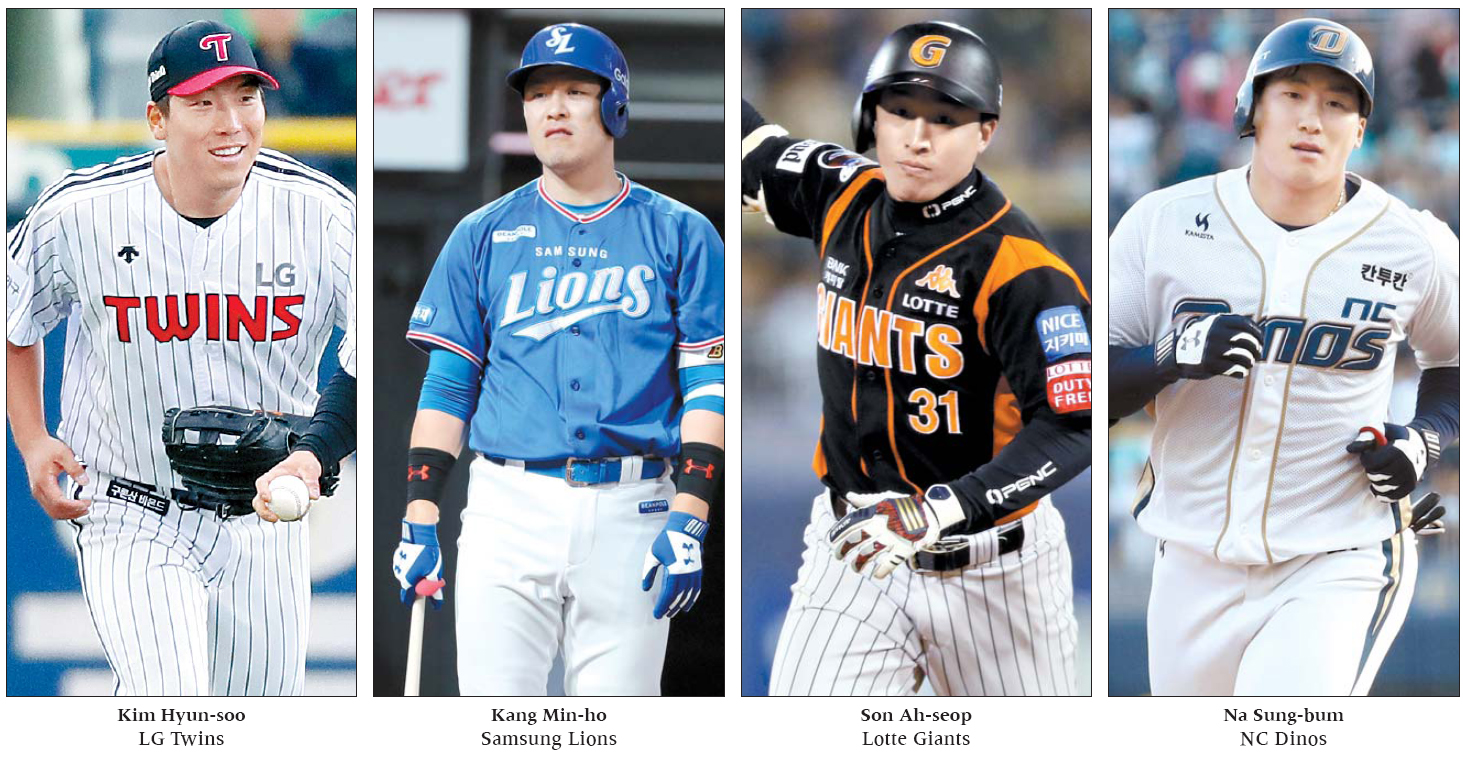 KBO clubs are moving away from a traditional age-based hierarchy, instead selecting captains based on performance and ability.

Over the past few seasons, communication has become crucial between players and coaches, and captains are increasingly acting as the bridge between the two.

Being an older player definitely helped players get their voices heard within the team, but only if they’re good enough to secure a spot on the starting roster for the whole season.

If a captain is excluded from the roster and sent to the Futures League, a club has no choice but to find a temporary captain to fill the gap. To avoid such confusion, managers have been assigning veteran players that are starting roster regulars as captains.

This theory didn’t work out last season, as both the Hanwha Eagles and the NC Dinos had their captains sent down to the Futures League during the season. Both clubs ultimately finished the season with temporary captains.

Once the 2018 season ended, a number of clubs made changes to their captains, preferring star players selected by the managers. In their selections, careers with the club didn’t matter as much as ability and expected longevity in the top-tier team. Both the LG Twins’ Kim Hyun-soo and Samsung Lions’ Kang Min-ho are now captains, and both have only been with their respective clubs for a single year.

Kim was selected by manager Ryu Joong-il. During the club’s meeting after the season, Ryu asked for both players’ and coaches’ agreement in selecting Kim as their new captain. Kim, who played most of his career as a star player for rival club the Doosan Bears, was an unusual pick for skipper. After Kim spent two seasons in the United States, he signed with the Twins last year. During his first season with the Twins, Kim won the KBO’s batting title.

The Lions also picked Kang, who has only spent a year with the club, as their new captain. As the Lions are spending longer than expected settling a free agent agreement with their former captain Kim Sang-su, they decided to appoint someone else.

Kang, who signed a four-year contract with the Lions after the 2017 season, had a disappointing first year with the team in terms of batting average, at .269. Despite the poor performance, Kang showed great teamwork and leadership with the Lions’ young pitchers. He also fulfilled his role in improving the communications between young and veteran players on the team.

The Lotte Giants also changed their captain. Under new manager Yang Sang-moon, Son Ah-seop has been appointed captain instead of Lee Dae-ho, who led the team for the past two seasons.

This decision was made after Lee told Yang he wanted to pass on his role to a younger player. Son is well qualified to be the Giants’ new captain. Since he turned professional in 2007, Son has stayed with the Giants and is considered the most consistent player on the team.

The NC Dinos appointed Na Sung-bum as captain under new manager Lee Dong-wook. Na has been with the Dinos since the club made its KBO debut in 2013 and was the club’s first-ever player to win the Golden Glove and to join the 20-20 club - 20 home runs and 20 stolen bases in one season.

Na will be the Dinos’ youngest captain, a shift from the team’s usual preference for older players.

The rest of the KBO has yet to announce its captains, although it is likely that catcher Lee Jae-won will retain his position with the SK Wyverns. The Eagles are expected to make Lee Sung-yul, the temporary captain at the end of last season, this year’s captain.

The Kia Tigers, KT Wiz and Bears have yet to announce their appointments.