Pyongyang: A Journey in North Korea 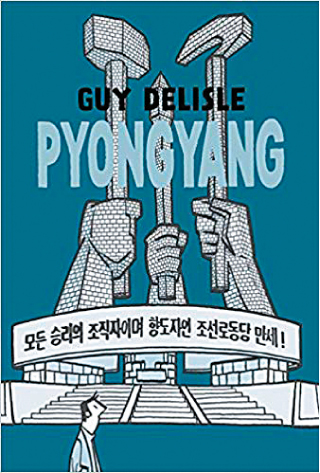 The perennial graphic novel about a “hermit country,” with a new cover and an introduction by Gore Verbinski, Guy Delisle’s Pyongyang: A Journey in North Korea is the graphic novel that made his career, an international best-seller for more than 10 years. Delisle became one of the few Westerners to be allowed access to the fortress-like country when he was working in animation for a French company.

While living in the nation’s capital for two months on a work visa, Delisle observed everything he was allowed to see of the culture and lives of the few North Koreans he encountered, bringing a sardonic and skeptical perspective on a place rife with propaganda. As a guide to the country, Delisle is a non-believer with a keen eye for the humor and tragedy of dictatorial whims, expressed in looming architecture and tiny, omnipresent photos of the president. The absurd vagaries of everyday life become fodder for a frustrated animator’s musings as boredom and censorship sink in. Delisle himself is the ideal foil for North Korean spin, the grumpy outsider who brought a copy of George Orwell’s 1984 with him into the totalitarian nation. 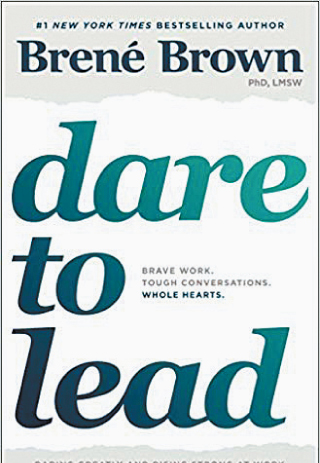 Brene Brown has taught us what it means to dare greatly, rise strong, and brave the wilderness. Now, based on new research conducted with leaders, change makers and culture shifters, she’s showing us how to put those ideas into practice so we can step up and lead.

Leadership is not about titles, status and wielding power. A leader is anyone who takes responsibility for recognizing the potential in people and ideas, and has the courage to develop that potential.

When we dare to lead, we don’t pretend to have the right answers; we stay curious and ask the right questions. We don’t see power as finite and hoard it; we know that power becomes infinite when we share it with others. We don’t avoid difficult conversations and situations; we lean into vulnerability when it’s necessary to do good work.

But daring leadership in a culture defined by scarcity, fear and uncertainty requires skill-building around traits that are deeply and uniquely human. The irony is that we’re choosing not to invest in developing the hearts and minds of leaders while also scrambling to figure out what we have to offer that machines and artificial intelligence (AI) can’t do better and faster. What can we do better? Empathy, connection and courage, to start.

Four-time No. 1 New York Times bestselling author Brene Brown has spent the past two decades studying the emotions and experiences that give meaning to our lives, and the past seven years working with transformative leaders and teams spanning the globe. She found that leaders in organizations ranging from small entrepreneurial start-ups and family-owned businesses to nonprofits, civic organizations and Fortune 50 companies all ask the same question:

How do you cultivate braver, more daring leaders, and how do you embed the value of courage in your culture?

In this new book, Brown uses research, stories, and examples to answer these questions in the no-BS style that millions of readers have come to expect and love.

The New Silk Roads: The Present and Future of the World 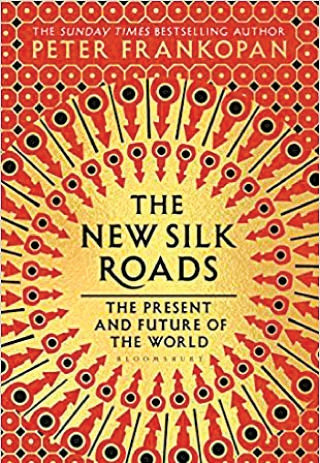 The New Silk Roads - a brand new book by Peter Frankopan - takes a fresh look at the network of relationships being formed along the length and breadth of the Silk Roads today.

The world is changing dramatically and in an age of Brexit and Trump, the themes of isolation and fragmentation permeating the western world stand in sharp contrast to events along the Silk Roads, where ties have been strengthened and mutual cooperation established.

Following the Silk Roads east from Europe to China by way of Russia and the Middle East, The New Silk Roads provides a timely reminder that we live in a world that is profoundly interconnected. In this prescient contemporary history, Peter Frankopan assesses the global reverberations of these continual shifts in the center of power - all too often absent from headlines in the West.

This important - and ultimately hopeful - book asks us to reconsider who we are and where we are in the world, illuminating the themes on which all our lives and livelihoods depend.