From downpour to drizzle

From downpour to drizzle 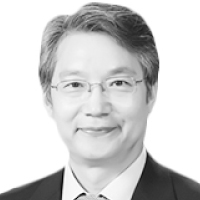 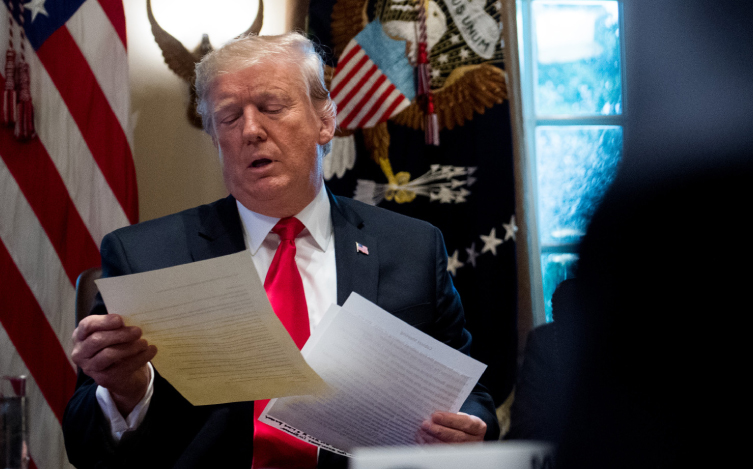 President Donald Trump looks at a letter from North Korean leader Kim Jong-un as he speaks to the media during a cabinet meeting at the White House Jan. 2. [YONHAP]

A second North Korea-U.S. summit is to be held soon, and there’s a chance that the denuclearization of North Korea will kick into high gear. Kim and Trump may understand one another better in the upcoming second meeting and be more prepared. But given the current state of affairs, I can hardly be optimistic about the outcome of the summit because the structure dominating the negotiations hasn’t changed much.

First, North Korea hasn’t changed. Kim Jong-un’s New Year’s address mentioned “complete denuclearization” followed by “not making, testing, using or propagating nuclear weapons any more.” It is unclear whether this is North Korea’s understanding of complete denuclearization or just the early stages of the process. However, we can predict Kim’s primary objective in the negotiation: reaching a compromise concerning the development and use of nuclear weapons while keeping existing nuclear weapons and missiles.

To make Kim completely give up his nuclear program, sanctions must be like a “torrential downpour.” But just as the situation was progressing to that point, inter-Korean and North Korea-China summits were held. As a result, sanctions remain at the level of “heavy rain.” While North Korea’s official trade and foreign currency income drastically declined, the market faced few shocks. From January to November 2018, the North’s exports to China declined by 88 percent from the same period a year before. The export amount was less than half of that during the Arduous March in the 1990s. The North Korean public should have felt that they could not live with the nuclear program. Only then would North Korea completely give up its nuclear program. Instead, the exchange rate of the North Korean currency and rice price showed no major fluctuations. It is therefore difficult to assume that Kim’s goal to turn North Korea into a nuclear state has changed.

Second, North Korea has improved its negotiation position after the recent North Korea-China summit. Pyongyang and Beijing must have confirmed shared interests and reinforced unity. China must have supported North Korea’s New Year’s address, which advocated for the permanent suspension of the entry of U.S. strategic assets into South Korea and Korean-U.S. joint military drills. China may have advised North Korea to demand the withdrawal of the U.S. Forces in Korea (USFK). In exchange, China may have promised that it will not let its neighbor suffer economic difficulties. The closeness the two leaders showed can be a good excuse for Chinese businessmen to increase smuggling of North Korean exports. All of this will make the denuclearization more difficult.

After the first U.S.-North summit, Trump said complete denuclearization would soon be achieved, but some argue that he would suffer political damage if he accepts a denuclearization plan similar to the one suggested by the North.

South Korea should not do anything to enhance North Korea’s negotiation edge, such as the early resumption of activity at the Kaesong Industrial Complex or Mt. Kumgang tourism. Even with no-cash payment, these programs are not likely to be exempt from United Nations and U.S. sanctions. If they are exempt, South Korea may have to take responsibility for the consequences of turning sanctions from a downpour to drizzle. Seoul could help pressure Washington accept incomplete denuclearization, possibly leading to a weakening of the Korea-U.S. alliance and even a withdrawal of the USFK.

Policymakers need to understand the structure of denuclearization talks. Policy made with hope devoid of knowledge on the structure could backfire.