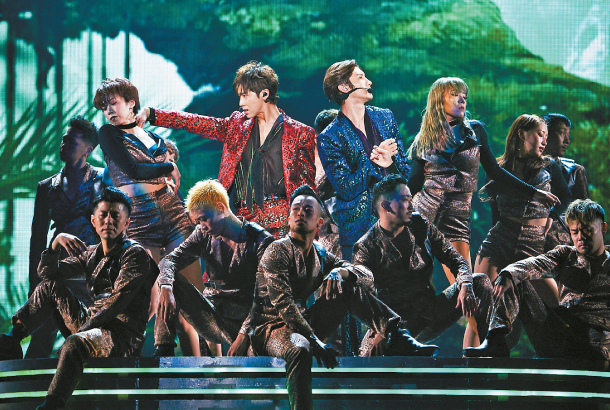 Boy band TVXQ perform at the Kyocera Dome in Osaka on Sunday. Since September, U-know Yunho, left, and Max Changmin have held a total of 33 concerts in 10 Japanese cities. According to SM Entertainment, the concerts were attended by a total of 680,000 people. [SM ENTERTAINMENT]