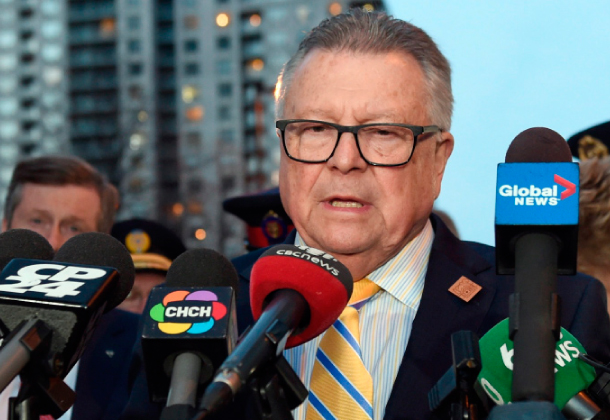 Philip Roth, a master of contemporary American literature, died in May last year. He is the author of “The American Trilogy,” one of which is titled, “I Married a Communist.” It was about a man who was accused of being a communist and destroyed by a trial of public sentiment amid the madness of love, betrayal and revenge. The novel was set in the Cold War period after World War II, when the United States was swept by the madness of McCarthyism.

McCarthyism, a wild anti-Communist campaign, swept the United States from 1950 to 1954. It was coined after Joseph R. McCarthy, a Republican senator who led the campaign to root out communists in the United States. It was an attempt to win hegemony by conservative hardliners after the war. They often labeled political enemies as communists and carried out witch hunts. Many leaders and artists were labeled communists and suffered hardships. With the fall of McCarthy, McCarthyism disappeared.

Recently, the specter of McCarthyism was brought up by China. The Global Times, a state-run media outlet in China, said last week that Huawei is the victim of high-tech McCarthyism, referring to the United States and several countries’ boycott of the Chinese firm. “The United States is treating Huawei like a geopolitical enemy. But the company is dedicated to technology and commerce. Washington has jeopardized such companies’ rights to keep out of politics by forcibly attaching political labels to Huawei,” it said.

Huawei is the world’s largest communication equipment company. It is leading the establishment of 5G mobile communication networks. Western countries were not in favor of the company. Ren Zhengfei, its founder, is an ex-People’s Liberation Army officer. Many said the rise of Huawei was possible because of the Chinese government’s enthusiastic support.

The United States sees Huawei as the Chinese Communist Party’s arm collecting intelligence. It suspects that a “backdoor” was hidden on the firm’s devices that allowed eavesdropping and information leaks. Uncle Sam is worried that the Huawei devices will be used for China’s cyber-espionage. “Five Eyes” — the intelligence alliance of the United States, England, Canada, Australia and New Zealand — reportedly agreed in July last year that they need to look into Huawei. Germany and England are avoiding purchasing Huawei devices after an employee was arrested in Poland on Jan. 13 on charges of espionage.

Countries are in fierce competition over the commercialization of 5G. Huawei’s attempt to set the standard is equivalent to China’s ambition. Is high-tech McCarthyism in the era of the new Cold War between the United States and China a witch hunt of the West as China argues? Or is it reasonable to doubt the Chinese company on charges of espionage and technology theft?