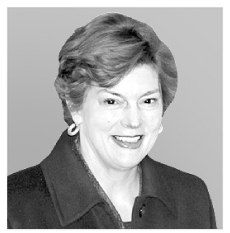 Ten years ago, those were the first words I said to the assembled press at Incheon International Airport when I arrived to begin work as the new U.S. ambassador to the Republic of Korea. I had not planned to introduce myself in that way, but when I opened my mouth, this greeting came naturally in Korean. Korean journalists discovered I had been known by a Korean name — Shim Eun-Kyung — in the 1970s when I was a Peace Corps volunteer in South Chungcheong.

I completed my ambassadorial assignment to Seoul at the end of 2011. Now, when I visit Korea, someone on the street or in a restaurant will often give me that puzzled look of vague recognition, followed by a dawning recollection, and then approach me to say, “Aren’t you Shim Eun-Kyung?” That query feels far more affectionate than, “Aren’t you the former U.S. ambassador?”

So when the Joongang Ilbo suggested I start a monthly column about Korea, I thought it was a good way to restart a conversation I’ve had with Koreans for over four decades about the United States, about Korea and about life. I am no longer a U.S. official; I speak only for myself. My 11 years living in Korea, spread over three decades, in addition to the nomadic lifestyle of the career diplomat, means I look at the United States with something of an outsider’s perspective and, in my case, a Korean perspective in particular. So I’m sure that in addition to “looking at Korea,” I’ll end up doing some “looking at the United States” as well, unconstrained by government talking points.

Americans possess a big-nation insularity, despite our diverse origins and global role. Koreans have long, and rightly, bemoaned Americans’ unabashed lack of even basic knowledge or curiosity about Korea. That’s changed over time, spurred by many factors, including the growth in size and influence of the Korean-American community, the accelerating momentum of Korean soft power — as recently demonstrated by the popularity of K-pop bands — and Korea’s decades-long investments in Korean studies at U.S. institutions. Kimchi and gochujang have entered American-English dictionaries just as “pizza” did a century ago, and are on their way to being equally ubiquitous.

But Americans paid almost unprecedented attention to Korea in 2017 because the prospect of war — even nuclear war — seemed a real possibility. Then, in 2018, a head-spinning season of summitry raised hopes, not only that conflict was not inevitable, but that there was a new opening to address the nuclear danger, bitter division, human suffering and absence of permanent peace on the Korean Peninsula.

It is my own sense that a tectonic shift is underway in the relationship between South and North Korea. This is visible in North Korean leader Kim Jong-un’s readiness to make specific denuclearization commitments directly with South Korean President Moon Jae in, and the unprecedented public events in Pyongyang during the latter’s visit. These developments demonstrate how Pyongyang has given up its effort to paint the South as an illegitimate puppet of the United States.

Underlying this shift is South Korea’s economic and political success, and a South Korean president determined to carve out a new, larger role for South Korea while remaining aligned with Washington. President Moon has also been eager to explore whether North Korea’s young, risk-taking leader might have begun to realize that even nuclear weapons, if not accompanied by economic progress, will not ensure long-term survival.

I recognize there is much debate in South Korea on the risks of a changing inter-Korean relationship, including its implications for the South-U.S. alliance. There is still much to discern about North Korea’s intentions, and much we should do to shape its behavior. One might say the same about Washington, where a mercurial U.S. president does not feel bound by traditional notions of alliance commitments or diplomacy, yielding unpredictable results. South Korea’s role has become all the more important.

The task of sequencing and coordinating various strands of diplomacy — denuclearization, a peace process, economic development and so on — is central. The United States must work closely with South Korea with the recognition that the process going forward will be more Korea-centric than in the past.

For many years, generations of U.S. and Korean military officers have proposed this toast to our alliance: the Americans say, “Gachi Gapsida,” and the Koreans say, “We go together.” I’ve been happy to join in such affirmations of lasting friendship, but I want to offer an addition now.

In the long run, our alliance is about our shared values — democracy, human rights, justice and equality. We must not lose sight of these values even when some of them are under stress. It is shared values that make our alliance resilient.

I look forward to continuing this conversation. My New Year’s toast to all is “Gachi Gapsida with shared values!”