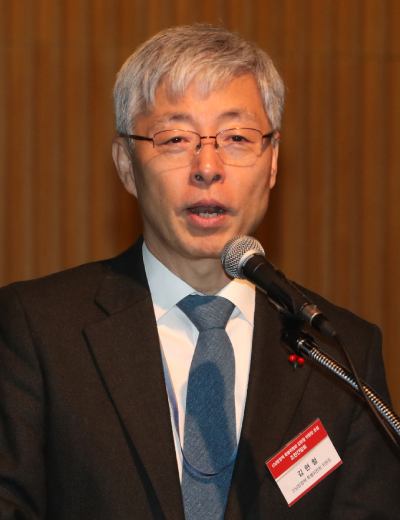 Hell Joseon is a term often used to describe how tough Korea can be on its students and graduates looking for jobs amid fierce competition.

Kim, who also teaches international marketing at the Seoul National University Graduate School of International Studies, made the remark on Monday in a speech to local CEOs at a luncheon hosted by the Korea Chamber of Commerce and Industry in central Seoul. The gathering was meant to promote the New Southern Policy, Moon’s ambitious vision of expanding Korea’s influence in Southeast Asia with the promise of treating members of the Association of Southeast Asian Nations (Asean) as diplomatic and economic partners as important to Korea as the United States, China, Japan and Russia.

The policy was first introduced by Moon in November 2017 as he vowed to expand Korea-Asean relations - which are currently centered on trade - to exchanges in technology, culture, the arts and people.

During Monday’s luncheon, Kim said he wanted to send “a bunch” of Korean language and literature graduates to Indonesia to work as Korean teachers because students in Asean are obsessed about learning the language due to the Hallyu, the Korean wave of cultural and pop culture content.

Kim also took a jab at older Koreans, saying people in their 50s and 60s should find inspiration in Park Hang-seo, the Korean head coach of Vietnam’s national football team, who “hit the jackpot” after moving to the nation.

“Those in their 50s and 60s in our country shouldn’t go to the mountains [to hike], saying they have nothing to do, or write brutal comments on social media,” Kim said, “Go to Asean.”

The former economic adviser continued, “Statistics-wise, the number of restaurants in Korea is three times larger than the neighboring country of Japan. [Restaurant owners] would have better chances competing in Asean than here because their consumer market would jump 15 percent annually.”

In a text message to Blue House correspondents on Monday shortly after the luncheon, Kim apologized for “causing anxiety” among those who were “hurt” by his “erroneous comment,” adding he was trying to promote the importance of the New Southern Policy.

Blue House spokesman Kim Eui-kyeom told reporters that Kim Hyun-chul said he would step down as soon as he arrived for work on Tuesday morning. Moon accepted the resignation hours later but defended his aide, saying he felt “so sorry that such an unexpected thing happened” and that Kim was just trying to stress the importance of the New Southern Policy.