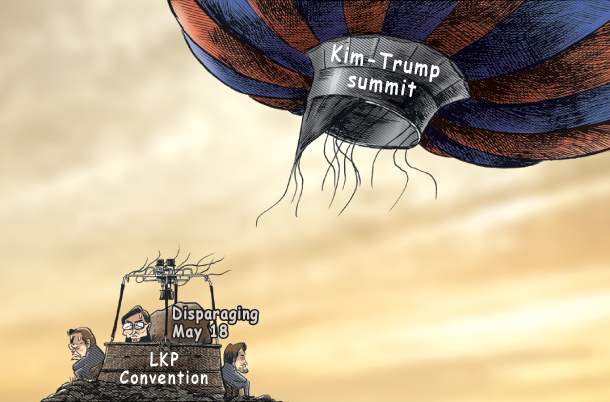 Some members of the opposition Liberty Korea Party (LKP) alleged Friday that democratic uprising in Gwangju on May 18, 1980 was a guerilla warfare initiated by North Korean special commandos. To make matters worse, the LKP is holding a leadership convention at the same time as the second North Korea-U.S. summit.