A promotional ad from van-hailing service Tada shows a model approaching one of the company’s minivans. [VCNC]

Taxi drivers have declared war on new van-hailing service Tada, yet another front in their high-profile battle against car-sharing and ride-hailing services.

“We will consider strong legal action against groundless accusations,” the company warned in a statement released Monday, adding that the service had already been verified to be legitimate multiple times by the Seoul Metropolitan Government and the Transportation Ministry.

Lee added in a Facebook post on the same day that the company is looking into counteraccusing the taxi drivers for obstruction of business and making false accusation. 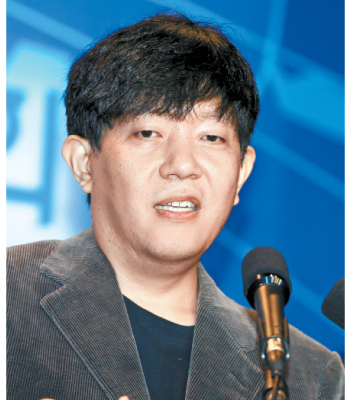 Tada offers ride-hailing services through 11-passenger vans instead of sedan cars. The domestic transportation law allows rental cars with a capacity of 11 to 15 seats to be legally leased with a driver. Tada’s app links customers to rented vans that arrive with one of 80,000 drivers hired through an external employment agency.

Upon receiving a call through the app, drivers take off from designated garages to customers, deliver them to their destination and return the vans back to the point of departure. Taxi drivers argue this is an arbitrary interpretation of the law that largely forbids privately-owned cars from offering paid transportation services.

“Despite the sacrifice of two taxi drivers, illegal taxi-like services such as Tada and Poolus are still in business,” said a joint statement from four taxi associations last week, referring to the suicide of two drivers who set themselves on fire in protest of Kakao’s carpooling service. “We urge the government to immediately punish them.”

However, VCNC has had government offices confirm on multiple occasions that Tada’s service is within legal boundaries based on a clause that permits such businesses using 11-passenger vans.

When VCNC was checking whether it was legal last year, even the Seoul Metropolitan Government, which went close to reporting another car-hailing service Poolus to the police in 2017, responded positively, citing earlier approval from the Transportation Ministry.

Behind taxi drivers’ hostility toward Tada is its rapid growth. The service launched in October but already has more than 30,000 registered users as of the first week of February. Its growth was particularly rapid between December and January when the taxi industry’s battle with Kakao’s carpooling service reached its peak.

Amid the controversy, Tada’s customer base grew thanks to word-of-mouth reports about the service: its wide seats, quiet driver and availability. Despite its slightly more expensive price tag, the reuse rate of Tada is around 80 percent.

As its popularity grew, posts appeared on online communities for taxi drivers advising peers to “film videos of Tada drivers when they seem to be engaging in illegal acts” such as picking up random customers from the street. Some posts encouraged members to use Tada as customers to look for loopholes that might be against the law.

VCNC said in Monday’s statement that it would strongly act on such “intentional [dishonest] use of Tada,” saying that protecting drivers was of utmost importance.

“Socar and Tada have no intention to compete with local taxis - our goal is to make an entirely new transportation market with higher standards,” said Lee in a Facebook post on Monday. “[I hope] bullying a young company in a new industry and a different market [will] come to an end.”

The local taxi industry has joined talks with Kakao, government officials and lawmakers last month regarding carpool services but is remaining firm that carpooling should be banned for good. Faced with strong opposition from taxi drivers, Kakao postponed the official launch of its carpool service in December and even halted the beta service last month that was being offered to a randomly selected pool of users.