YOO SEONG-UN
The author is a national news writer at the JoongAng Ilbo. 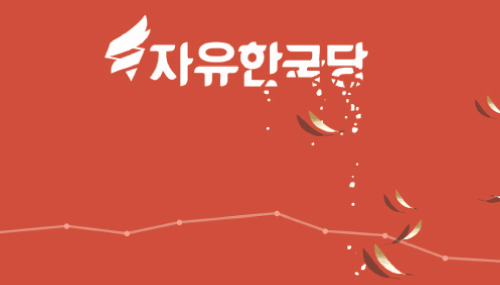 “Drive out the Reds!”

Members of the opposition Liberty Korea Party (LKP) shouted at its interim chairman Kim before he spoke at the race for the party leadership in Daegu on Feb. 18. Kim said, “Please be quiet. I know what you want to say.” But jeers and booing continued. In the end, Kim had to remain silent for over a minute with a stern face. It was live, nationwide broadcast on the party’s YouTube channel, “Rightist Voice.”

Similar things happened when chairman candidate Oh Se-hoon and supreme council member candidate Cho Dae-won took the podium. Curses continued in the YouTube comment sections. They were harshly criticized because of the controversy surrounding insulting remarks on the May 18 Democracy Movement in Gwangju. Kim Byong-joon brought the three lawmakers of the party, including Kim Jin-tae, who made insulting remarks about the May 18 movement, to the party’s ethics committee. Oh, former Seoul mayor, advocated overcoming President Park Geun-hye’s legacy while Cho demanded apologies for the insulting remarks. Their positions are well supported by the majority of the public, but they were attacked as “traitors” at the party convention.

Those who initiated the rancorous mood were the so-called “Taegukgi Troops,” a far-right wing of the LKP. According to the party, about 8,000 Taegukgi Troop members joined the party recently, and about 2,000 to 3,000 of them are gathering for party events before a national convention slated for Feb. 27 to pick its new leader.

While they make up only 2 percent of the total ballots, their organized and militant nature stirs the mood at the event. Encouraged by the jeers, many candidates come up with controversial arguments that they would have refrained from making in the past. A supreme council candidate even made vulgar comments on President Moon Jae-in. “What kind of president is he anyway?” “He is selling off the country!” “If I get more than 90 percent of the votes, the president will be impeached,” he shouted.

The extreme minority voice overpowering the moderate majority in politics is not limited to Korea case. U.S. historian Timothy Snyder analyzed how fascism and Nazism, which had been a minority, shook Europe in his book, “On Tyranny.” He pointed out that as the democratic system is actually very fragile, it can fall with just a few agitators and organizational power if it is not sustained by constant efforts to protect it.

Many Koreans are closely watching whether the LKP’s convention will overcome the outcry of the Taegukgi Troops and show a new conservative vision; or will it get swept up by the loudest extreme voices and accelerate its swing toward the far right.