Banking API to be opened to promote fintech

Banking API to be opened to promote fintech 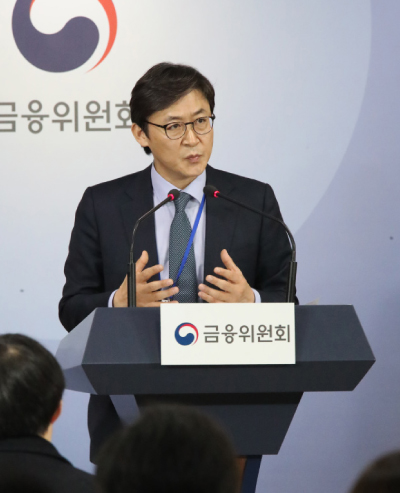 Banks will be opening their payment systems to allow for easier access and greater convenience, the Financial Services Commission (FSC) said Monday.

Banks will also be lowering their commission charges in order to encourage the faster development of fintech in the country.

On Monday, the commission said that application programming interfaces (API) will be made more open so all players will be able to access the payments systems without having to sign service contracts with each bank in which they want to do business.

An API is generally a standard set of rules or instructions that allows access to a program or database.

A common industry API was first established in 2016. Using it, service providers access account details at 16 banks and transfer funds between the institutions, but for various reasons it failed to take off. The program was only open to small fintech firms and a service commission of 400 won ($0.35) to 500 won was charged.

Major mobile payments services, such as Naver Pay and Kakao Pay, have had to connect to banks’ private networks to gain access and provide financial services.

By liberalizing the banking API, the government hopes consumers will be able to more easily connect to a wider range of financial services.

“By opening up the financial payments system that was managed exclusively between fintech companies and banks, people will be able to use a wide variety of financial services conveniently through a single app,” said FSC Chairman Choi Jong-ku.

“Fintech is an industry that could create future jobs, and it will be the foundation in bringing innovation in terms of the financial payment infrastructure.”

An open API should be less costly to develop, manage, maintain and run. The FSC said banks have reached an agreement to lower their commission charges to levels closer to international norms.

The government said it will develop the sector so fintech companies will be able to participate in the banking system equally with other financial institutions. Mobile accounts will be able to tap into the payment network without going via an existing bank account.

The FSC plans to release details of changes in electronic financial services in the second quarter this year. Innovations related to foreign currency transactions are also expected.

“If we don’t give opportunities to innovative companies, it will be difficult to expect global unicorn companies,” FSC Chairman Choi said, referring to start-ups with a market value of more than $1 billion.

“Fintech companies challenging the existing order are the future of finance. They will help in expanding our financial industry rather than further dividing up the limited market share.”