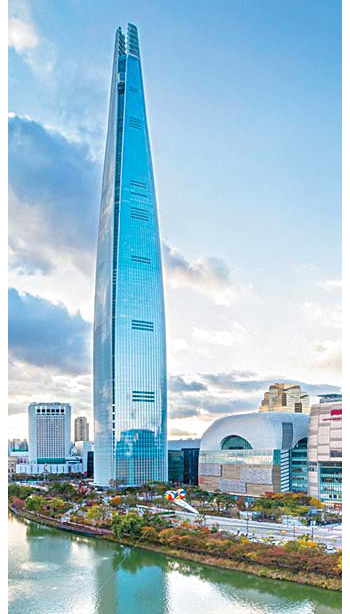 Lotte Group held its Value Creation Meeting for the first half of 2019 at Lotte World Tower in Jamsil, southern Seoul, on Jan. 23. Chairman Shin Dong-bin said, “In order to survive, we must prepare for every moment of future thoroughly. Innovation should be instituted to break down the existing framework and form.”

“Recent investment in the group has been temporary and passive,” he said. “The company should invest preemptively and continuously in growing its business and should not miss the investment period.”

Accordingly, Lotte Group plans to invest a total of 50 trillion won ($44.7 billion) in all of its domestic and overseas business segments over the next five years from 2019 to achieve sustainable growth in a rapidly changing era. It plans to invest about 12 trillion won in 2019, the first year, which is expected to be the largest figure ever. Lotte plans to continue investing in strengthening its competitiveness in the business sector and find future food items as well as focus on the distribution and chemical sectors of the group by 2023.

Lotte plans to review its existing strategy and redefine its customers and values to establish strategies and action plans for sustainable growth. In its overseas business, it will not only seek opportunities in the Asian market, but also markets such as Europe and the United States. It will also work to secure a global competitive advantage by providing new experiences and services to its customers by utilizing advanced ICT and big data assets held by the group.

Lotte’s chemical division plans to increase its cost competitiveness by realizing economies of scale through continuously investing in its Korean facilities in Ulsan, Yeosu in South Jeolla and Daesan in South Chungcheong. Lotte Chemical’s ethylene plant in Yeosu has completed the expansion of annual ethylene production capacity of 200,000 tons and propylene production capacity of 100,000 tons annually.

It has strengthened its global competitiveness through the diversification of raw material areas by investing in large-scale facilities overseas. Lotte Chemical Titan in Malaysia purchased the rights to about 470,000 square meters (116 acres) near the plant in Indonesia from Krakatau Steel to commence full-scale construction and start commercial production by 2023 to dominate the giant market and strengthen its dominance in the Southeast Asian market.

In addition, the U.S. shale gas project, which Lotte has been promoting since 2014 to build a shale gas-based ethane cracker facility in Louisiana in cooperation with Axel Corporation in the United States, is expected to begin commercial production in the first half of this year. When the project is completed, Lotte will produce 1 million tons of ethylene per year and 700,000 tons of ethylene glycol per year. Meanwhile, Lotte is making efforts to achieve sustainable growth by continuously expanding investments in the domestic petrochemical companies and specialty sectors. Lotte BP Chemical, a British BP chemical joint venture, will invest $1.8 billion in Ulsan to construct an acetic acid and vinyl acetate production plant. The company plans to start full-scale commercial production in 2021.