Moving to the left

Moving to the left 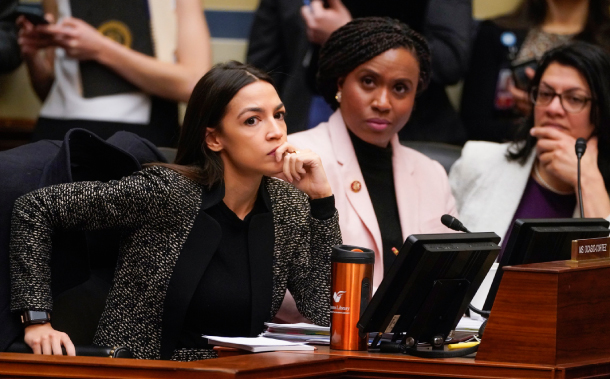 Alex McIntyre, a 19-year-old college student in Brighton, England, became a socialist after he realized he could not afford to rent a flat near his school. He also needed to pay back a loan of £46,500 ($60,741) after graduation. His health was declining because he worked from midnight to 8 a.m. as a kitchen helper. When he found out most of his coworkers were college graduates, he wasn’t confident he would find a decent job even after earning a college degree. He participated in protests calling for a minimum wage increase, went to an anti-capitalism workshop and joined a Marx reading club. That’s how The New York Times described how a young man became a socialist.

Western societies, especially Britain and the United States, are seeing a trend of millennials becoming enamored with socialism. Thirty years after the fall of the Berlin Wall and the Soviet Union’s dissolution, we thought capitalism had triumphed over socialism and that the ideological debate was over. Yet socialism is back. A 2018 U.S. Gallup poll showed 51 percent of the respondents in age 18 to 29 viewed socialism positively. It was the first time more people felt more positive about socialism than about capitalism.

There are many reasons for this. Even as the U.S. economy is thriving with its lowest unemployment rate in a half century, young people’s lives remain difficult. It seems social discontent over economic disparities have encouraged favorable views of socialism. This is most evident among young people, who are the first generation to be less well-off than their parents. It may also be due to their ignorance. In a survey in Australia, 58 percent of respondents said they prefer socialism, but only 26 percent knew who Lenin was, 34 percent knew Stalin and 21 percent knew Mao Zedong.

Alexandria Ocasio-Cortez, who, at 29, became the youngest person in U.S. history to be elected to Congress, is a self-proclaimed “democratic socialist.” She advocates that the highest earners should be taxed by 70 percent and the state should provide jobs and welfare benefits to all. It is a sweet theory, but raising taxes on the rich alone cannot maintain a welfare system. Enhanced market control by the state will inevitably lead to regression of democracy and competition. The economy would lose vitality.

Former British Prime Minister Margaret Thatcher said that when low-income families buy leases in public housing, they are a part of capitalism. When more young people expect that they won’t be able to buy a home, capitalism loses its influence. I don’t see why the trend of favoring socialism won’t spread to Korea. The pains of the young don’t seem to be that different.