Screens are eating our young

Screens are eating our young 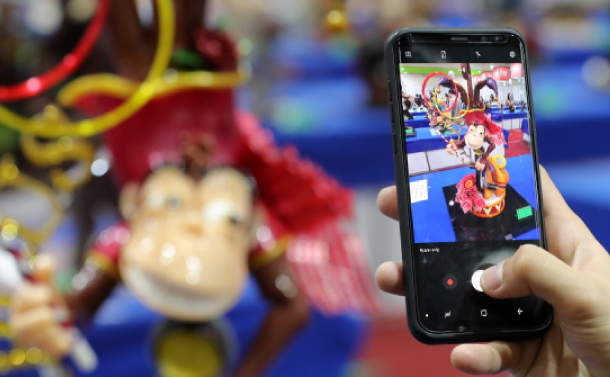 While smartphone addiction is not as serious as in Korea, American children are increasingly becoming addicted to their devices, and American scholars are paying more attention.

According to a study by the University of Michigan team, the screen time of children under the age of two in the United States increased from 1.32 hours in 1997 to 3.03 hours in 2014. Screen time in 1997, before smartphones, was mostly spent on television, video games and PCs. The time that children aged between three and five spent watching television doubled, because it is now available in various smart devices.

There are studies on the impact on children who are immersed in smart devices. Increased screen time at an early age when the brain is developing negatively affects cognitive, language, social and emotional skills.

Nerve cells in the brains need to be connected and developed at age two and three, and this connection can only be developed through touch and visual stimulation. Naturally, increased screen time contributes to obesity and sleep deprivation.

In “Fiber: The Coming Tech Revolution — and Why America Might Miss It,” Harvard University law professor Susan Crawford wrote that she saw a kid less than two years old rubbing the surface of a tree. She explained that the kid wanted to see how the tree changed, pointing out that in some serious cases, some kids cannot distinguish what is real from what’s not.

The American Academy of Pediatrics announced guidelines for screen time last year. Children under 18 months should not be given any, up to one hour a day for children aged between two and five, and less than 2 hours is recommended for teens.

However, doctors say that the role of parents is the most important. Brains properly develop when families have more chances to communicate by setting times where smart devices are not used.

Those who were born after the late 1990s and grew up with smartphones are called Generation Z. Crawford said that the older generations find it hard to understand Generation Z, who have always lived with smartphones and social networks. When screen addiction is left untreated, a completely new species may emerge.