Park Yong-kon, the honorary chairman of Doosan Group who led the conglomerate as it started its transformation from a local-food-and-beverage focused company into a global contender in the heavy equipment industry, died Sunday at 87.

Doosan Group announced his death through a statement Monday. 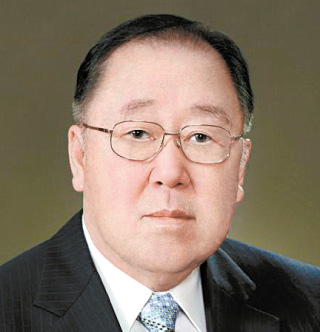 While mostly remembered as a soft-spoken businessman with a quiet public demeanor, Park’s personal career was defined by his drive to make sweeping changes at Doosan during his tenure as the group’s chairman.

From restructuring its food and beverage-focused business to heavy equipment and machinery to enacting corporate changes previously unseen in Korea, Park led Korea’s oldest group to grow into the 13th largest conglomerate in the country with assets of over 30 trillion won ($26.6 billion) as of last year.

Born as the eldest son of Doosan’s then-chairman in 1932, Park spent his formative years during a tumultuous period in Korean history under Japanese colonial rule and the division of North and South Korea. He voluntarily enlisted in the Navy in 1951 as the peninsula was engulfed in war.

After the Korean War, he studied business at Washington University in the United States and returned to Korea for a short stint as a banker at the Korea Development Bank.

Park entered his family’s business through Oriental Brewery in 1963, climbing the corporate ladder to the chairman position of Doosan Industries in 1978. The company recorded a milestone $100 million in exports the year following his appointment.

The experience at the affiliate company propelled him to the chairman position of the conglomerate in 1981.

Under his helm, Doosan reorganized its business to keep up with the advent of new technology amid a financial crisis that rocked the country in the ’90s. Park established new technology affiliate companies such as Doosan Corporation Information & Communications, and in 1995, the group’s sprawling 33 companies were streamlined to just 20.

Park spearheaded the sale of Oriental Brewery to shift the conglomerate away from the beverage business.

The measures under his leadership eventually paved the way for the group’s major acquisitions in the 2000s such as heavy equipment companies Bobcat and Daewoo Heavy Industries & Machinery and the group’s transition into specializing machinery.

As the group chairman, Park also implemented corporate reform as Doosan became the first company in the country to introduce the annual salary-based pay system. The company also provided biweekly holidays on Saturdays in 1996 when Korea still had a six-day workweek.

An avid fan of baseball, Park established the OB Bears, now known as the Doosan Bears, in 1982.

A funeral will be held at Seoul National University Hospital in central Seoul until Thursday.