K-Bio heading for the exits

K-Bio heading for the exits 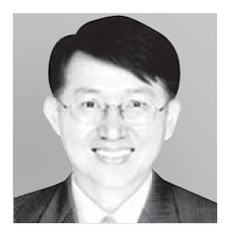 Kim Seung-wook
The author is a professor of economics at Chung-Ang University.

Korea’s pharmaceutical industry made big strides over the past decade after it was singled out as one of our weakest sectors during negotiations for a free trade agreement with the United States. Exports of Korean drugs topped 1 trillion won ($888 million) for the first time in 2016, and were up sixfold in 2017 compared with 2007. The annual J.P. Morgan Healthcare Conference, which brings together powerful drug and biotech companies, invited 26 Korean names to this year’s meeting in San Francisco in January. Celltrion and Samsung BioLogics were seated among the main panel guests, and seven, including Hanmi Pharmaceutical, Kolon Pharmaceuticals and Medytox, all presented at the podium.

Despite the overseas recognition, the Korean industry has hit a bottleneck at home due to anti-corporate sentiment and regulation. Government regulations are the biggest stumbling block. Though conditional approval for cell therapy was granted three years ago, no product has been cleared for marketing. The global demand for stem cell applications has been expanding by a whopping annual 25 percent after the first clinical trial was launched to treat Parkinson’s disease with reprogrammed stem cells. In December, the Japanese government gave the go-ahead for the commercial stem cell-based treatment of spinal injuries for the first time.

Yet Korea, which used to hit milestone breakthroughs in stem cell discoveries, is stalled in the face of drug and clinical regulations. Korean researchers have succeeded in recycling fat extracts from liposuction surgery for cosmetic or medical treatment, but cannot make headway due to regulations against commercialization.

Direct-to-consumer (DTC) genetic tests, which enable consumers to collect samples at home for laboratory examination, are restricted to 46 categories in 12 medical areas, such as blood pressure, cholesterol and hair loss. The DTC testing for more severe illnesses, such as cancer or dementia, are prohibited. There are no limits in the United States, Europe, China and Vietnam. As a result, many companies with excellent diagnostic kits and technologies, including Medizen Humancare, are going abroad.

Under the “Made in China 2025” initiative, Beijing will invest a maximum 10 trillion yuan ($1.5 trillion) by 2020 to groom bio and medical companies. Since mid-2016, application procedures for novel drugs and clinical tests have been simplified.

The liberalization has attracted Korean bioengineering manufacturers. Daewoong plans to ramp up capacity for its botulinum toxin product by more than ninefold by manufacturing in China. Samsung Bioepis has decided to hand over its marketing licensing rights on some of its biosimilar drugs to China’s 3S Bio. Celltrion, which has gained approval to begin clinical trials on Remsima (biosimilar infliximab), is expected to build a factory in China with the latter’s Tasly Pharmaceutical.

Korea, a latecomer in the transition to the digital age, has leapfrogged to the front through aggressive investments. The drug segment is undergoing a major shift from chemical to bio produces. The industry has the momentum to ascend to first-mover status in the sector, which has long been dominated by foreign names. It would be foolish to miss the opportunity because of regulations and sentiment.
Korean rising stars are already losing their competitiveness in the bio sector. In the 2018 competitiveness scoreboard for the bio industry published by Scientific American, Korea ranked 26th among 54 countries. In 2009, it was 15th.

The government must move quickly to change the system by removing the barriers. While the United States, the European Union and Japan regulate bio drugs separately from traditional medicines, bio products fall under the uniform pharmaceutical law in Korea. Korea, with a population of over 50 million, takes up a mere 2 percent of the novel drug market, whereas Belgium, with a population of 11 million, contributes 5 percent. The difference is in deregulation.

How the fourth industrial revolution will change the world is unknown. But one thing is sure: Korea won’t be able to keep up as long as it is chained to the conventional regulations. Overlapping regulations must go, and the regulatory sandboxes must quickly be expanded.

The government must do everything to keep valuable companies on home turf to enable them to go on creating jobs for Koreans.