How to prepare for Beijing

How to prepare for Beijing 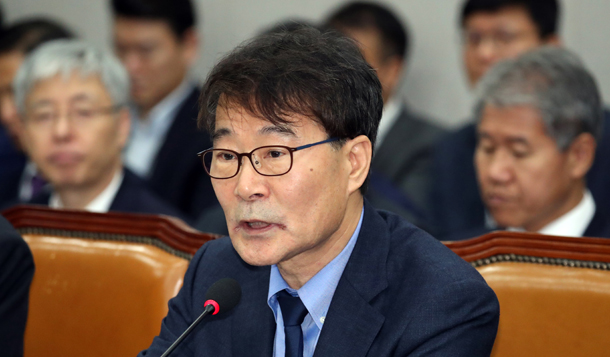 “Under the goal of mutual prosperity, I will elevate Korea-China relations in terms of materials, and personally and systematically,” said Ryu Wu-ik when he became the ambassador to China. He came to Beijing after he stepped away from his position as chief of staff in the Lee Myung-bak administration in the aftermath of the protests over mad cow disease. I looked up old newspapers when I learned the appointment of Ambassador Chang Ha-sung. I found many similarities as they were both professors, worked in the Blue House and were given positions as rewards.

Three months after Ryu was made ambassador, the Cheonan naval ship sank. Public opinion in Korea stirred as China sided with North Korea in both the Cheonan and Yeonpyeong Island incidents. Meanwhile, the Chinese Foreign Ministry is said to have complained to Ryu that Korea’s response was beyond the level China could tolerate.

Ryu attended a seminar held in the United States in the aftermath of the sinking of Cheonan. A few days later, North Korean leader Kim Jong-il visited China. Ryu was criticized that he did not have the diplomatic caliber of an ambassador.

I asked a few people in Beijing for advice. The first advice from a Korean Peninsula specialist in China was “not to follow in the footstep of Ryu, who failed to manage crisis.”

Regarding the North Korean nuclear solution, some pointed that Korea and China were competing for initiative. Chinese people advised that the two countries that are advocating tolerance for North Korea should divide roles and support each other.

Regarding a China desk to be installed in the South Korean Foreign Ministry, there were predictions that China would test South Korea’s diplomacy by constantly being compared to the North America desk. The importance of public diplomacy cannot be overemphasized.

One person asked me about Chang’s sociability. China is a country of feasts, and conversations over meals were recorded with more significance than words at meetings and reported to the authorities. I read Chang’s book “Korean Capitalism,” which is also famous in China as well. In chapter 6, the translation is missing a section on China, “Based on my experience, Chinese people may be more capitalistic than Koreans as ‘money’ was nearly a religion.”

On the Blue House website, I saw a photo of the Diaoyutai State Guesthouse taken by Chang when he was chief of staff. He personally took photos of the White House and the UN General Assembly as well. Hopefully, Chang will capture changes in the Chinese economy, where the highest elites study artificial intelligence as a group, and convey them to the Blue House. Ambassador Chang, I will see you in Beijing soon.