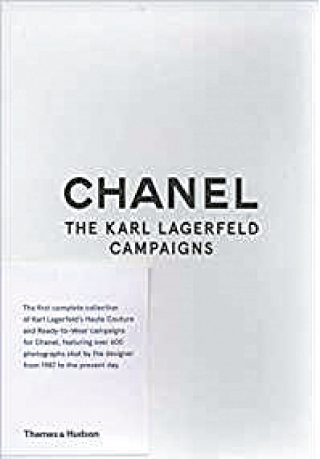 When Karl Lagerfeld was named at the helm of the fashion house in 1983, he set out to radically shake up and update its image - not only through bold collections but also, from 1987 onwards, by choosing to shoot the house’s campaigns himself, a move that was unprecedented for a fashion designer.

Conceived in collaboration with Karl Lagerfeld and the House of Chanel, this definitive publication opens with an essay by Patrick Mauries before exploring the campaigns themselves, organized chronologically. A carefully curated selection of images showcases hundreds of spectacular clothes worn by the top fashion models - and personalities - of each era, from Ines de la Fressange, Claudia Schiffer, Kate Moss and Cara Delevingne, to Kirsten Stewart and Lily Rose Depp, captured in glamorous locations, from Coco Chanel’s Paris apartment to the French Riviera or LA.

Presented in a high-end, slipcased package, “Chanel: the Karl Lagerfeld Campaigns” offers an unrivalled overview of the house of Chanel as seen through the eyes - and lens - of Karl Lagerfeld himself. 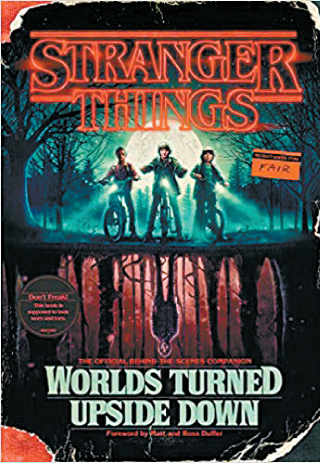 Stranger things have happened … When the first season of Stranger Things debuted on Netflix in the summer of 2016, the show struck a nerve with millions of viewers worldwide and received broad critical acclaim. The series has gone on to win six Emmy Awards, but its success was driven more than anything by word of mouth, resonating across generations. Viewers feel personal connections to the characters. Now fans can immerse themselves in the world - or worlds - of Hawkins, Indiana, like never before. Inside you’ll find:

-Original commentary and a foreword from creators Matt and Ross Duffer

-Exclusive interviews with the stars of the show, including Millie Bobby Brown, Finn Wolfhard and David Harbour

-The show’s earliest drafts, pitches to Netflix and casting calls

-The Morse code disk Eleven uses, so you can decipher secret messages embedded throughout the text

-A look into the future of the series - including a sneak preview of season three!

Adding whole new layers to enrich the viewing experience, this keepsake is essential reading for anyone and everyone who loves Stranger Things. 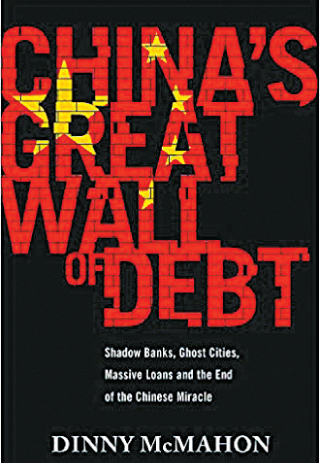 The world has long considered China a juggernaut of economic strength, but since the global financial crisis, the country’s economy has ballooned in size, complexity and risk. Once dominated by four state-owned banks, the nation’s financial system is a tangle of shadow banking entities, informal financial institutions and complex corporate funding arrangements that threaten growth, stability and reform efforts. The country has accumulated so much debt so quickly that economists increasingly predict a financial crisis that could make Brexit or Greece’s economic ruin seem minor, and could undermine China’s ascent as a superpower. Earlier this year, President Xi Jinping issued an urgent call for reform that gives the country until 2020 to transform its economy - a vaguely-defined objective that most economists agree is unrealistic. Whether or not China will be responsible for the next global recession, as some experts forecast, the fate of its economy will have far-reaching consequences for the rest of the world. Yet the inner workings of China’s financial system are still very much a mystery to most outsiders. Now more than ever, as the country’s slowing economy is being felt around the globe, it is essential to understand how China allowed its economy to become so mired in debt.

“China’s Great Wall of Debt” is a penetrating examination of the country’s opaque financial system and the complex factors - demographic shifts; urbanization; industrialization; a pervasive over-reliance on debt-fueled investments - that have brought the country to the brink of crisis. Anchored by stories of China’s cities and its people; from factory workers and displaced farmers to government officials and entrepreneurs, the narrative will take readers inside the country’s ghost cities, zombie companies, start-ups and regulatory institutions as McMahon explains how things got so bad, why fixing the problems is so hard and what the economic outlook means for China and for the rest of us.